WHY AND WHEN SHOULD A GUARDIANSHIP OR CONSERVATORSHIP ACTION BE TAKEN ESPECIALLY WHEN UNDUE INFLUENCE AND DOMINATION EXIST OR IS SUSPECTED? 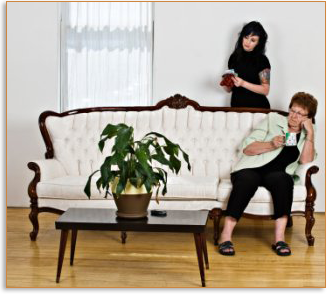 When someone has personally misappropriated the assets of another, either directly as a power of attorney, or through the misuse of jointly titled accounts, etc., a guardianship proceeding can provide a legal means to recover the wrongfully converted property/assets.  In addition, a guardianship action can reestablish legal ownership and title to the rightful owner as well as restore the original beneficiary designations to the victim’s financial accounts.

Besides the economic considerations involved when filing for guardianship, it may be equally necessary (on an emergent basis), to take protective action where there exists substantial elder abuse involving physical or psychological harm.  In these types of cases, the alleged incapacitated person may or may not be able to acknowledge the abuse or is unable to stop the abuse without outside assistance.

How a Guardianship Can Help Protect Against Elder Financial Abuse

Most often, there are warning signs virtually all of us can recognize that alert us to the fact “something isn’t right”. When something isn’t right with an elderly person it often means deteriorating health and/or vulnerability to the influence of others. The outcomes are tragic, heartbreaking, and in most cases, avoidable. So, let’s look at the warning signs of elder abuse. If you recognize any of these, consider calling me today. Time is not your friend, or that of the elderly victim.

If you recognize any of the examples listed above, then you likely have elder financial abuse right in front of you.  It’s time to act!

Read the questions I have listed for you below.  What are your answers?

Legal Remedies Available to a Person Who Wants to Assert a Claim(s) of Abuse or Undue Influence Against Another and Obtain Guardianship:  You Can

GIFTS BETWEEN A GUARDIAN AND HIS OR HER WARD

A very strong presumption exists against the validity of a gift(s) made between an incapacitated person to his or her guardian or power of attorney.  The law places a heavy burden on the fiduciary to show the absence of undue influence, diminished capacity and other factors which may adversely impact the gift being made voluntarily.  If a gift is being contemplated, it is strongly suggested that careful planning and proof of independent and voluntary decision-making by the ward be established.  If “gifts” have already been made and you consider yourself to be the victim of a predatory guardian that has deprived you of the value of your property, you should immediately contact us.  Chances are we can successfully challenge it.

Have questions or a case involving elder financial abuse in New Jersey by a guardian, power of attorney or an abusive person, contact Fredrick P. Niemann, an NJ elder abuse and financial abuse law attorney toll-free at (855) 376-5291 or email him at fniemann@hnlawfirm.com.

He will sit and discuss your case and help you evaluate whether an actionable case of elder abuse exists.