Do You Need an Attorney for an Underage Drinking Charge? 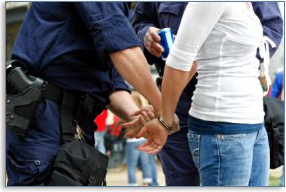 1. POSSESSION OF ALCOHOL BY A PERSON UNDER THE AGE OF 21 ON PUBLIC PROPERTY, IN A SCHOOL, OR IN A MOTOR VEHICLE

New Jersey State Law does not expressly prohibit underage drinking on private property, although most municipalities throughout the state have enacted laws prohibiting such. The state does however prohibit underage drinking almost everywhere else, including all public property such as parks and ball fields, schools and all school-owned property, and in all motor vehicles, including those that are not running at the time. It is important to note that this even includes alcohol that is unopened.

3. PURCHASE OF ALCOHOL BY AN UNDERAGE INDIVIDUAL ON A LICENSED PREMISES

New Jersey laws expressly prohibit an underage person from purchasing alcohol, getting another individual to purchase alcohol for them, or misrepresenting their age for the purpose of buying alcohol from a licensed premises. This includes liquor stores, bars, or any other establishment that is licensed to sell alcohol.

What Penalties Can an Underage Individual Face if Convicted of Underage Drinking?

Underage Drinking is a serious offense. Many young individuals do not fully understand the consequences of their actions and the possible implications that may arise from drinking. It is important for parents to explain to their children the stiff penalties they may face if they consume alcohol underage.

The penalties an underage drinker faces depends on a number of different factors. First, the Court in which the individual will be tried in is determined by their age. Generally, individuals under 18 will be tried in juvenile court, while those 18 and older will be tried in municipal court. Juvenile court still can sentence an individual convicted of underage drinking to a detention center, community service, and other penalties, but cannot sentence the child to an adult jail. However, for more major crimes, such as underage DUI resulting in the death of an individual, it is possible for the juvenile court to waive jurisdiction up to the municipal court. In these rare instances, the juvenile may be tried and sentenced as an adult.

Municipal Court hears all cases involving disorderly persons offenses, a group of crimes which underage drinking is considered a part of. All individuals between the ages of 18 and 21 who are charged with underage drinking will therefore be tried in front of a New Jersey Municipal Court. For simple possession of alcohol charges, these individuals may potentially face penalties of up to six months in jail, up to $1000 in fines, mandatory participation in an alcohol education program, community service, and other costs/fees if they are found guilty. This applies to underage possession of alcohol on public property, in schools, and purchasing alcohol underage at a licensed premises, among other basic alcohol possession crimes. It is also important to note that if the underage drinking offense was committed in a motor vehicle, the defendant may also be subject to a six-month suspension of their license, or if they do not have their license, a six-month delay in receiving their license when they apply for it.

Underage DUI is another crime tried in Municipal Court. This crime provides slightly different penalties for those convicted. As previously mentioned, the legal alcohol limit for drivers is .008% BAC. However, since those under 21 are not allowed to drink, an underage DUI can be given to anyone under 21 who has a BAC of .001%. The law has provided penalties strictly for those who are under the legal limit but are underage and therefore are not allowed to have any alcohol in their system at all. Therefore, those with a BAC of .001 to .008 will be found guilty of underage DUI and subject to different penalties than those with a BAC above .008. Those with a BAC under .008 found guilty of underage DUI will be subject to a 30-90 day license suspension or delay, community service of 15-30 days and mandatory attendance in an alcohol education program. Underage individuals who are convicted of a DWI/DUI with a BAC above .008 will be subject to adult DWI/DUI penalties, which include up to 30 days in jail, 12-48 hours of community service, a three-month license suspension, a fine of $250 – $400, as well as other penalties and other costs/fees. For more on adult DWI/DUI penalties, please see our DWI/DUI PAGE.

What Type of Liability Can a Parent Face for Underage Drinking?

Not only can parents be criminally liable for breaking this law, but also civilly liable under what New Jersey calls “Social Host Laws”. These laws basically state that the host may be found liable for any accidents that may occur after an underage drinker leaves the premises. This means that if a parent allows underage individuals to drink on their property, they may be liable to a third party injured by a tort committed by the underage drinkers. One of the most typical examples is when an underage drinker leaves the house and gets into a car accident, resulting in the injury of a third party. The third-party can then turn around and file a civil suit against the adult host of the underage drinking. In addition, New Jersey Host laws state that the adult host can also be found liable for the injuries to the underage drinker themselves. Clearly, New Jersey has intended for broad laws to hold parents and other adults liable for supplying alcohol to minors.

Please call Fredrick P. Niemann, Esq., a knowledgeable New Jersey Underage Drinking Attorney, today at (855) 376-5291 or email him at fniemann@hnlawfirm.com. He would be happy to discuss any underage drinking matter with you.