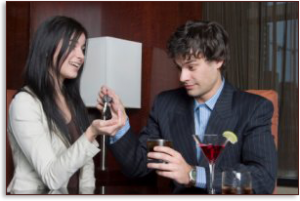 You just had a great time out. Perhaps you had a few beers or drinks over an extended period of time. You feel fine. Maybe you question whether you should drive home but you dismiss it or rationalize to yourself that you are fine to drive. You start driving and things seem ok. Maybe you are a little nervous that a cop will follow you or be hiding and waiting to pull you over in a random traffic stop. You are a little tired and can’t wait to just get home. Then your worst nightmare happens. You see the flashing red and blue lights. It’s a cop and he’s pulling you over. You try to stay cool but you can’t. Nobody can when a police officer is looking into your car and asks for your license, insurance and registration. You comply as best as you can but you’re nervous and things just deteriorate from there. The next thing you know, you are under arrest for suspicion of DWI/DUI. Now what do you do? Simple, you call Hanlon Niemann & Wright and you do it quickly.

Municipal Court is the Home of DWI/DUI Cases

What Does New Jersey Law Say About DWI/DUI?

DWI (driving while intoxicated) and DUI (driving under the influence) are the legal terms for what many people call drunk driving. In New Jersey, this is arguably the most serious motor vehicle violation one can commit. Courts do not take DWI/DUI cases lightly and judges often hand down strict fines and lots of driving penalty sentences to those who commit such crimes, even first-time offenders.

New Jersey law calls for the amount of alcohol in your system to be measured by what is known as “Blood Alcohol Concentration”, simply known as BAC. The law states that your BAC can be no more than 0.08% when operating a motor vehicle. Your BAC can be measured in a lab, but is most often measured by a breathalyzer. When the police pull an individual over, they administer a breathalyzer test if they suspect drunk driving, often after the individual has failed basic sobriety tests. The breathalyzer then measures your Breath Alcohol Concentration (BAC), which is then converted to BAC using standard math calculations. This is how your BAC is measured by police officers. New Jersey law has strict procedural requirements for administering breathalyzers, calculating BAC, and the requisite chain of custody safeguards throughout this entire process. You owe it to yourself to at least consult with an attorney who is familiar with the process to ensure that your rights have not been violated, the prosecutor’s case is strong and you are not being taken advantage of by the police who have not followed the proper procedures.

What Happens if You Are Found Guilty of a DWI/DUI Charge?

Many of these penalties for a DWI conviction can be imposed even for first-time offenders. If you do not obtain experienced counsel in a DWI case, you may not be aware of the multitude of fines and penalties that you are subject to, leaving you vulnerable to a more severe sentence than you should actually be facing. With proper representation and with the right facts, your attorney may be able to negotiate with the prosecutor before trial to get you a reduced charge and lesser sentence than you would get if found guilty. If the prosecutor offers a plea deal, or a lighter sentence in exchange for you pleading guilty, your attorney will be able to inform you of the fines, costs and sentence you are likely to face if you go to trial and lose. You can then evaluate this exposure to the probable sentence you’ll get under a plea deal. This allows you to weigh the two options against each other.

Understanding the Sentences for Repeat Offenders and Those With Higher BAC’s?

First-time offenders are separated into two categories. Those with a BAC between .08% and .10% receive a fine between $250 and $400, a three-month suspension of their license, 12-48 hours in the Intoxicated Driver Resource Center and up to 30 days in prison, as well as a $1,000 NJ Division of Motor Vehicles surcharge plus additional fines and costs of Court. First-time offenders with a BAC of over .10% receive a fine between $300 and $500, a seven month to one-year license suspension, 12-48 hours in the Intoxicated Driver Resource Center, up to 30 days in prison, plus costs and fines similar to those which someone with a lesser BAC receives. One big strike against you is the ability of the Court to impose an ignition interlock device. The Municipal Court Judge has the discretion to order a breathalyzer device be placed within your car that measures your BAC every time you enter the car. If activating the device prevents the car from turning on if BAC registers above the specified limit. Such a device can be placed on the car for six months to one year.

For second-time offenders, the fine is between $500 and $1000 with mandatory community service for 30 days. Imprisonment of 2 to 90 days is also mandated. Your license is suspended for two years, the ignition interlock device is installed for one to three years, and additional fines are imposed, including a $1,000 DMV surcharge for three years. For third-time offenders, a $1,000 fine, imprisonment for at least 180 days, a ten-year loss of license, a vehicle ignition interlock device installed upon license restoration, as well as the $1,000 DMV surcharge for three years and other fines and possible additional penalties are virtually guaranteed.

How Can a Knowledgeable DWI/DUI Attorney Help?

What About Restricted Licenses to Drive to and From Work?

A DWI/DUI is a very serious offense with very serious. If you have been arrested and charged with DWI/DUI, please call our experienced Municipal Court DWI/DUI attorneys immediately. Fredrick P. Niemann, a knowledgeable attorney will schedule an in-office consultation to discuss your case with you. He can be reached toll-free at (855) 376-5291 or by email at fniemann@hnlawfirm.com. He looks forward to hearing from you.