Changing, Amending or Revoking a Last Will With a Codicil or Other Means 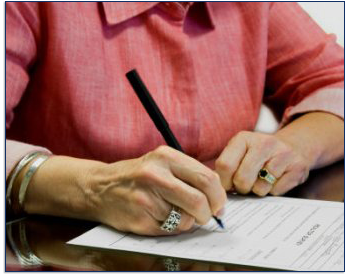 Although a will is written during the lifetime of its maker, it is testamentary by nature; in other words, it takes effect only upon the death of its maker. Therefore, it is a changeable document, one that can be amended, altered, or revoked any number of times prior to the maker’s death. Many wills are revised by the use of a codicil.  A codicil is a written instrument that amends and/or supplements the contents of an existing written Last Will and Testament.  A codiciil must be executed according to the same formalities of New Jersey law as the original will. If a codicil is revoked prior to the maker’s death, and another codicil or valid last will is not signed by the maker to take the place of the prior codicil, the decedent’s property may be transferred according to the laws of intestate succession. Intestate succession means dying without a will.

A codicil is a convenient and simple method of amending, changing and revising a will. Generally, it is only one or two pages in length and is not as costly as having your entire will redone. For these reasons, codicils are frequently used to make changes to a will at a reduced cost.

When Should Your Last Will Be Updated or Changed?

Your Last Will can and should be revised if any of the following situations occurs:

A will always can be revoked, amended or changed at any time according to New Jersey law.  There are a number of methods by which a will can be changed or revoked, but not all states recognize all of the methods permitted in NJ. Therefore, it is advisable to consult with a New Jersey will attorney to see how a will amendment or revocation is permitted in New Jersey.

The most frequent means of revoking a last will are the following:

Sound like you need to change your Last Will? If so, call our office today. Ask for Mr. Niemann to personally discuss your questions and individual situation toll-free at (855) 376-5291 or e-mail him at fniemann@hnlawfirm.com.