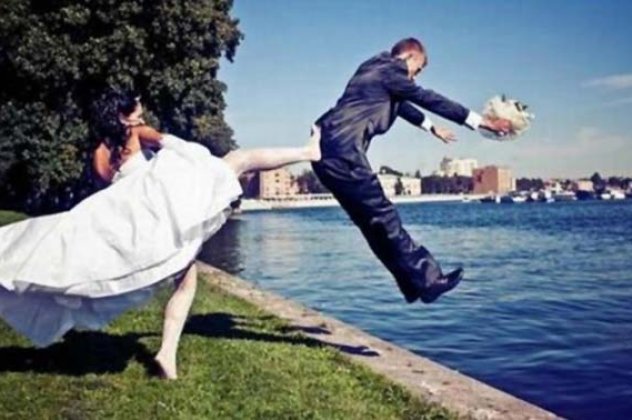 Till death do we part goes the marriage vow.  While the vow is offered at an optimistic time in life, it does not always last a lifetime.

If you’re married and you now want to create a Last Will or Trust that either cuts out your spouse or fails to leave him or her much money, is there a way that he or she can challenge your final wishes? The answer is yes… your omitted and/or disinherited spouse can challenge the Will or Trust (sometimes) and collect about one-third of your estate under New Jersey law, with a few exceptions.

New Jersey statute(s) and supporting case law govern inheritance laws concerning spouses which are called the “elective share rights” of a surviving spouse (N.J.S.A. 3B: 8-1). The law provides that if a married person dies domiciled in this State, the surviving spouse has a right of election to claim what is known as his or her “elective share” which is (about) one-third of what is called the “augmented estate”, provided that at the time of death the decedent and the surviving spouse had not been living separate and apart in different habitations and/or had not ceased to cohabit as man and wife, either as the result of a judgment of divorce or under circumstances which would have given rise to a cause of action for divorce or nullity of marriage prior to a spouse’s death. This means a surviving spouse can claim about one-third (1/3) of their dead spouse’s estate as his or hers regardless of what their will says or doesn’t say.  I used the term “augmented estate” in the preceding sentence.  It’s a complicated term and beyond the scope of this page, but it is a very important term to learn because it “very much” offers the economic value of what your surviving spouse is entitled to receive upon your death.

Can You Disinherit Your Spouse?

Clients always ask me the meaning of the term “augmented estate”. The augmented estate means the value of a person’s estate is reduced by funeral and administration expenses, debt, and claims plus several other factors. To this figure add the value of property transferred by the decedent at any time during the marriage, to or for the benefit of any person other than the surviving spouse, to the extent that the decedent did not receive full consideration in money or money’s worth in exchange for the transfer. I know what you’re thinking. What the heck did Fred just say? Well before I translate this for you let’s read the actual elective share statute and the law together:

So, the follow-up question you might be asking yourself is; how is the value of the elective share calculated? Well, that question is addressed in N.J.S.A. 3B:8-3. The value of all property given away during the lifetime of a decedent is valued as of the date someone else came into possession of the property.

A court’s duty under N.J.S.A. 3B:8-15 is to “determine the amount of the elective share”. This means that, if an agreement cannot be reached by the surviving spouse and the estate, the court must fix the value of the augmented estate and the value of the elective share so that an appropriate payment or distribution can be ordered. Value does not automatically mean the day-of-death valuation.

The court’s further duty under N.J.S.A. 3B:8-15-40 is to enter an order directing the “payment” or distribution of the elective share from the augmented estate if the estate property is not under the control of the executor, meaning property was transferred at the time of death by way of a beneficiary designation or joint ownership with the right of survivorship.

It has generally been held that the surviving spouse gains or loses in the estate valuation process depending upon the increase or reduction in value between death and distribution of estate assets to him or her. The Legislature never mandated valuation as of the date of death. But, note that the statute requires non-probate transfers to be included in the augmented estate as of the date of death. The rule that the electing spouse shares in pre-distribution gains and losses of probate assets are not a simple one. In the usual setting of the probate estate, fractional shares of the estate are often difficult to deal with. The concept of the augmented estate creates a unique set of problems. Included in the augmented state are assets already in the hands of the spouse or other beneficiaries. They may have been given pre-death by gift or by transfer taking effect on death (joint accounts), or other means described in the statute.

One final point deserves mention. Under N.J.S.A. 3B8-15, the court will have to value a surviving spouse’s own independent property in order to decide what, if any, effect it will have on the dollar value ($$$) of the elective share. Like other assets already in the hands of a beneficiary on the date of death, the spouse’s independent wealth is valued as of the date of his/her spouse’s death. Later fluctuations in its value will be removed from consideration and the spouse can better decide whether to elect against the estate within the limited time given to him or her to do so.

It is significant that the surviving spouse is entitled to one-third of the augmented estate only to the extent that its value exceeds the value of his/her own independent property. New Jersey’s statute is unique in that regard. It works this way: once the amount of the elective share has been fixed, the court is obligated by N.J.S.A. 3B8-15 to order the manner of its payment. N.J.S.A. 3B8-18(a) says that the elective share shall be satisfied first by applying.

The quoted language says two key things. The first is that the value of the survivor’s own independently acquired property must be deducted from his or her calculated elective share. If it is greater than her share, she gets nothing more. If it is less, she gets the difference.

The second key statement in N.J.S.A. 3B8-18(a) is that the value of property coming to the survivor by reason of the decedent’s death is deducted from her calculated share. That means, among other things, that, if the decedent leaves anything to his/her spouse by will or by non-testamentary transfer taking effect on death, its value is deducted from his/her elective share. As a result, even though he/she has elected against the will, he/she must first take the inheritance his/her spouse has chosen to give him/her by will or otherwise. Since he/she will be charged with the value of those assets, the court’s order will direct their transfer to her as part of his/her share before touching other estate assets or persons liable for contribution.

There are several exceptions to the elective share law (of course) that can prevent a spouse from making a claim against their deceased spouse. Under N.J.S.A. 3B:8-5 property shall be excluded from the augmented estate under N.J.S. 3B8:-3, if made with the written consent of the surviving spouse. The Statute reads, “There shall also be excluded from the augmented estate any life insurance, accident insurance, joint annuity or pension payable to a person other than the surviving spouse”.  Another exception is if the surviving spouse signed a premarital agreement with his or her deceased spouse before marriage waiving his or her rights to file a claim under the NJ Elective Share Law.

So, When Must a Surviving Spouse Act?

Are you a surviving spouse dealing with an issue(s) described on this page? Maybe you’re the executor or estate administrator being presented with an elective share claim by a surviving spouse.  If so, call our office today. Ask for Mr. Niemann and meet with him personally to discuss your questions and individual situation toll-free at (855) 376-5291 or email him at fniemann@hnlawfirm.com.

Will Contest and Probate Litigation