Now That You’re the Court Appointed Guardian, Here Is a Summary of Your Duties and Powers Under NJ Guardianship Law 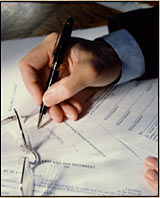 Once you’ve been appointed as the legal guardian of another person, you have significant almost total decision-making authority over that person’s life, except for the power to make a will, file for divorce, transfer assets and income, and permit marriage in the absence of further court approval.  I have recently written several new and important blogs that discuss limitations placed upon guardians in the medical, health care, and legal decision authority over a declared incapacitated person.  You can find these blogs here.

The duties and powers of a guardian are set forth in New Jersey statutes and court rules. The state has also prepared an instructional guide for proposed and recently appointed guardians which are available from the NJ judiciary.  This publication can be found online.

A guardian is not legally obligated to financially support his/her ward from his or her personal funds, nor is he or she liable to a third person for the debts of the ward.  A guardian legally is also not liable for injury to the ward resulting from the wrongful conduct of third persons including medical or other care providers, unless the guardian did not exercise reasonable care in choosing the medical provider.

NJ law requires that a guardian make decisions in the ward’s best interest, and where practicable, consistent with a previously executed power of attorney, health care directive and living will unless any of those documents have been modified or revoked by the court.

If you have been appointed as a limited guardian, meaning a guardian with specific but limited power, your judgment of Limited Guardianship will specify the limitations upon your authority as guardian, or alternatively, identify the areas of decision-making retained by the incapacitated person. Otherwise, the guardian becomes the alter-ego of their ward and is the ultimate decision-maker when decisions must be made.

Posting of a Surety Bond to Protect Against the Theft, Malfeasance and the Laziness of the Guardian

During the guardianship process the court will generally require that the guardian be bonded and will specify the dollar amount of the bond to be posted by the guardian. This bond must be issued by a licensed New Jersey insurance company in a form approved by the court. The bond is intended to protect the resources and funds of the incapacitated person from theft, and/or poor performance by the guardian. If a person is contemplating being appointed a guardian, he or she should first determine if they are bondable. It’s not hard to find out and Hanlon Niemann and Wright can assist you in this process.

Annually the guardian of the property of an incapacitated person must:

We’re here for you. If you have questions about the guardianship process and/or the legal responsibilities of the guardian to his/her ward in NJ, then please call our office today. We can help understand your responsibilities. Ask for Mr. Niemann to personally discuss your NJ Guardianship matter. Call toll-free at (855) 376-5291 or e-mail him at fniemann@hnlawfirm.com.

He welcomes your calls and inquiries, and you’ll find him very approachable and easy to talk to.