What to Do if Mom Has Been “Mom Napped” 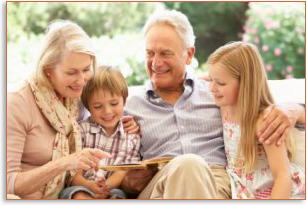 Guardianship fights occur when more than one person wants to assert themselves as the guardian of an older, incapacitated person. A typical case involves two or more children or relatives fighting over who will be the guardian of a parent who no longer has the capacity to manage his or her own affairs. When all parties to the dispute live in New Jersey, the guardianship process will be relatively straightforward. However, when the two parties arguing over who should be the guardian live in separate states (New York, Florida, Carolinas, etc.), jurisdictional issues often complicate the matter, due to the fact that many states have different laws pertaining to how jurisdiction of a guardianship fight should be resolved.

If a son claims guardianship in New Jersey and a daughter in another state (i.e., New York or Florida), the courts in these separate states may have different laws dictating which court has primary jurisdiction, meaning each court may claim they have jurisdiction over the parent.

New Jersey law states that wherever a person’s domicile is proven to exist, that state has jurisdiction over the guardianship dispute. Therefore, it becomes vitally important to determine exactly where the person is domiciled, rather than where they are living at the time the dispute occurs, since the domicile of the adult will determine what state’s court has jurisdiction over the case. If a New Jersey court finds that the adult is domiciled in a state other than New Jersey, it will refuse to hear the case, instead deferring to the court of that person’s domicile.

While New Jersey law follows the domicile standard, other states have different laws determining the jurisdiction of adult guardianship cases. Many states have adopted the Uniform Adult Guardianship and Protective Proceedings Jurisdiction Act (UAGPPJA), which states that jurisdiction over adult guardianship cases is determined by a three-level priority system. The highest priority goes to courts in the “home state” of the incapacitated adult, which is defined as the state where the adult has been physically present for at least six months immediately before the proceeding. The second priority goes to a state which the adult has a “significant connection”, while third priority goes to “other jurisdictions”.

Since the “home state” standard differs from the “domicile” standard, a conflict can develop between courts in different states, with each court asserting jurisdiction over the matter. Because of these differing standards, it is imperative that parties act immediately when an adult guardianship dispute arises. The doctrine of comity states that courts are generally to defer to other courts that have already acquired jurisdiction, so jurisdictional disputes are often settled by which party files the action in their state first. For this reason, acting as soon as possible in adult guardianship disputes is of the utmost importance.

He welcomes your calls and inquiries and you’ll find him very approachable and easy to talk to.