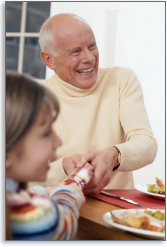 New Jersey laws and court rules govern a guardianship proceeding.  If someone is alleged to be incapacitated, he or she is entitled to legal representation throughout the process including any courtroom hearing.  The judge assigned to the case will always appoint a lawyer for the allegedly incapacitated person to (1) confirm that he or she is in fact “incapacitated”, and (2) advocate for their best interest.  Legal representation is an important safeguard that protects all of us from the potential of abuse by others seeking to deprive us of our rights, dignity and freedom.

The purpose of a guardianship hearing is for the court to determine if a person who is alleged to be incapacitated is in fact incapacitated.  If so, the focus shifts to determining the level of assistance necessary to protect their health, safety, and welfare. If a determination is made that a person is incapacitated, the court will then decide who should be appointed his or her legal guardian.

Here’s a helpful tip.  Even before a guardianship proceeding is ever filed, a competent individual can nominate a proposed guardian of their person and property if they lose competency in the future by signing a durable power of attorney.

If you would like to learn more about the benefits of appointing a Power of Attorney to avoid guardianship, please click here.

In naming someone to serve as a guardian, courts give first consideration to those who have played a significant role in the person’s life — for example, a spouse, adult child or close family relation — people who are both aware of and sensitive to the person’s needs and preferences. If two individuals wish to share guardianship duties, courts can name co-guardians.

Sometimes a court-appointed guardian is not a person at all — instead, a representative of a non-profit agency or a public or private corporation can be appointed. If the court finds that a suitable person cannot be found, courts in many states, including New Jersey, can appoint a “public guardian” through a publicly financed agency that serves this purpose.

COMMENCING AN ACTION FOR GUARDIANSHIP

A guardianship proceeding is brought in the Superior Court of New Jersey, Chancery Division, Probate Part in the county in which the alleged incapacitated person is domiciled/residing and is initiated by the filing of a complaint by a person known as a Plaintiff/Petitioner seeking to have a Guardian appointed.  Generally, a lawyer files a guardianship petition on behalf of a person who seeks to become the proposed guardian for another, but not always.

The Necessity of Filing a Complaint for Guardianship

The contents of a guardianship complaint must allege that a person (called the respondent) is unfit and unable to safely govern himself or herself and to manage his or her affairs.  The information required to be included in the complaint for guardianship are set forth in the Court Rules which govern guardianship proceedings and must be strictly followed.

The court rules require that the guardianship complaint list the type, location and fair market value of all real and personal property owned by the alleged incapacitated person:

a.       All real estate in which the person has or may have a present or future interest, completely describing the real estate, and providing its assessed valuation, and

b.      All the personal property he or she owns (or may become entitled to in the future), including the total or annual amount of any compensation, pension, insurance or income that may be payable to the alleged incapacitated person.

If a plaintiff cannot obtain this information, the complaint must disclose this and explain the reasons why the information cannot be obtained.

An affidavit of assets is submitted to the court to establish the Guardian’s bond. A guardianship bond is intended to protect the Estate of an incapacitated person from a dishonest or delinquent guardian. Typically, the bond is posted in an amount high enough to cover the value of the assets that the Guardian can either sell and liquidate or over which he has control.  Sometimes, posting a bond can be waived, but not often.  If a proposed guardian has poor credit or a criminal record, it is very likely he or she will not qualify for a bond and therefore, will not be appointed by the court.

The Necessity of Professional Affidavits as to Incapacity

New Jersey court rules also require that a complaint for guardianship be accompanied by the affidavits of two reputable physicians or one physician and one licensed practicing psychologist, each of whom set forth detailed information about the person, the details of their examination of the individual and their professional medical conclusion as to competency.

THE GUARDIANSHIP HEARING BEFORE THE SUPERIOR COURT

If the court is satisfied with the sufficiency of the complaint, supporting information, and professional affidavits of the physicians, it will sign an Order to Show Cause fixing a hearing date.  In the Order setting the date for the hearing, the court will appoint counsel for the alleged incapacitated person. At this point, the court-appointed counsel becomes the primary actor in the guardianship (see below).

The Court appointed counsel is charged with the following:

There is one point that few people know. An alleged incapacitated person has the right to hire his or her own counsel. A person may disagree with the need to have a guardian appointed and will want to fight it.  If they do, counsel must notify the court and the court-appointed counsel at least five days prior to the scheduled hearing date which will then convert the case to a contested guardianship (see my page on How to Fight Against and Stop a Guardianship.

The requirement of addressing less restrictive alternatives to a full guardianship has been an increasing preference by the courts, whenever possible.  This is in accord with a national trend to compel those vested with surrogate decision-making (i.e., a guardian) to explore and implement less restrictive alternatives to a full guardianship.   This trend is further reflected in recent revisions to the New Jersey guardianship statutes.

Conduct of a Guardianship Hearing in New Jersey Superior Court

Generally, a guardianship hearing is handled by a judge without a trial. This means a judge hears the evidence and decides the case without a jury.  Testimony of the physician(s) or psychologist(s) may be taken in person or by telephone but can be waived by the judge.  In close or disputed cases, a professional is required to testify unless there are complicated medical issues.   In lieu of testimony, the court may rely upon the affidavits of the physicians who have examined the alleged incapacitated, if recommended by the court-appointed counsel and, where applicable, the guardian ad litem.

What is a Limited Guardianship?

With a Limited Guardianship, the Incapacitated Person Still Has Choices

In some guardianship actions, the recommended approach for a younger disabled person is to file for a limited guardianship, now specifically defined and permitted by statute.  N.J.S. 3B:12-24.1(a) is an entirely new section of the guardianship statutes, entitled “A Determination by the Court of Need for Guardianship Services, Specific Services.”   This section of the court rules provides for a General Guardian, a Limited Guardian, and a Temporary Guardian.  If the court concludes that an individual is incapacitated and is without capacity to govern himself or manage his affairs, the court may appoint a General Guardian who will exercise all rights and powers of the incapacitated person.   However, if the court finds that an individual is incapacitated and lacks the capacity to do some, but not all the tasks necessary to care for himself or herself, the court may appoint a Limited Guardian of the person, of his or her estate, or of both.   A court, when establishing a Limited Guardianship, makes specific findings regarding the individual’s capacity, such as residential, educational, medical, legal, vocational, and financial decision making.  The court will then enter a judgment articulating the specific rights retained by the incapacitated to future decision-making.

The judiciary is transitioning towards an enhanced respect to the rights of self-determination of an incapacitated person wherever appropriate.  The court has the power to limit the powers conferred on a Guardian and those limitations must be set forth in the certificates of letters guardianship. For example, in “In re Conroy”, the Supreme Court stated that a ward may be sufficiently competent to make a decision regarding a particular medical treatment.  In “In re Roche”, 296 N.J. Super, 583 (Ch. Div. 1996), the court noted that an incapacitated person’s right to self-determination must be preserved as much as possible.  In “In re Jacobs”, the court gave a lengthy discussion of an alleged incapacitated person’s right to control certain aspects of his or her life, such as medical treatment and where he or she would like to live.

In a 2006 revision to the guardianship statutes, a court now has the authority to engage in asset protection planning by utilizing public assistance programs, including Medicaid, consistent with current Medicaid law. Our Supreme Court has held that when a Medicaid spend-down plan does not diminish an incompetent person’s care, involves lifetime transfers to the natural persons of his or her life, and does not contravene any expressed prior intent or interest, then such planning clearly provides for the best interests of the incapacitated person.

TESTIMONIAL
If you are searching for a special attorney, someone who is experienced, likeable as a person and professional, call Mr. Niemann. I felt good about my choice.
—Frank Mollo, Manchester, NJ

Sound like a guardianship discussion should be scheduled sooner rather than later?  If so, contact Fredrick P. Niemann, Esq. with any questions concerning guardianship in New Jersey. Call Fred toll-free (855) 376-5291 or email him at fniemann@hnlawfirm.com.  He looks forward to meeting with you.

His team has filed many hundreds of guardianship applications throughout New Jersey.