Defending Against Claims That Gifts Were Made With Lack of Capacity, Undue Influence & Similar Grounds 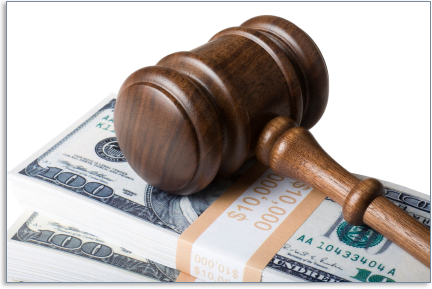 There is a cliché I hear often; it goes like this: “No good deed goes unpunished”. Claims and accusations of theft or the unauthorized withdrawal of funds are frequently and maliciously made against guardians and/or powers of attorney, often by absentee family members, adult protective agencies, prosecutors and jealous third parties.

Have you been accused of taking money from an elderly person or influencing them to give you money prior to their death? Incapacity and undue influence are the most frequent allegations of involuntary gifting or the transfer of money made by a living or deceased person. If the person was/is elderly, then claims of elder abuse or elder financial exploitation are often made because of alleged mental incapacity or undue influence. These types of accusations are serious and can subject you to significant criminal and/or civil penalties and financial damage claims by the victim and/or their family.

What Does Capacity or Lack of Capacity Mean?

One important fact must be emphasized when the issue of capacity is brought up. Different transactions require different standards of capacity. Let’s look at each one.

a. Legal Capacity – a person must be capable of generally understanding the nature and purpose of a Power of Attorney and recognize and authorize who his or her beneficiaries are and generally the extent of his or her property.

If you would like advice on this subject, contact Fredrick P. Niemann, Esq. toll-free at (855) 376-5291 or email him at fniemann@hnlawfirm.com to discuss your case. You’ll find him easy to talk to and confide in. All consultations are attorney-client protected.

Defending Against Claims Made of Elder Abuse and/or Financial Exploitation

What is Undue Influence Under NJ Law and How Does it Apply to You When Defending Against Claims That a Gift Was Made With Lack of Capacity, Under Undue Influence, Conversion, Fraud, or Threats

UNDUE INFLUENCE IN NEW JERSEY IS COMPRISED OF THREE ELEMENTS. THEY ARE AS FOLLOWS:

Has someone accused you of receiving money or items of value from an elderly person because you exerted undue influence over them or fraudulently induced them to give you money, etc.? Here’s a brief overview of what undue influence consists of:

In effect, undue influence consists of either, mental, moral or physical coercion that causes the grantor to do something that is contrary to what the person would have normally done.

Often, it is alleged that because of undue influence, the gift reflects the wishes and desires of the influencer (dominant person) not the donor. These kinds of claims are tough to prove and defend against.

When addressing a claim of undue influence, it is important to obtain information regarding the beneficiary(s) (the person receiving the gift).

Not all influences are “undue” influence. However, and this is an important point to be made and understood, to be “undue”, the influence must be such that it destroys or substantially compromises the elderly person’s free will to do as he or she pleases with his or her property and the disposition of his or her property. Each case is governed by the particular facts and circumstances surrounding the making of the gift and the actions taken by the parties who took part in the gifting to determine if coercion or undue influence was exhibited.

People use the term “undue influence” differently and claims made against you for receiving something of value because the donor lacked capacity requires a legal as well as medical analysis.

In New Jersey, a valid gift, whether made when the elderly person was/is alive or has four elements. Those elements are:

If the elderly person did not have donative capacity when the gift was made, a defense strategy includes the use of a comprehensive general durable power of attorney which provides the agent with the explicit power to make a gift(s). This financial power of attorney will allow the agent to make gifts that the person may no longer be able to legally make or effect on his or her own.

New Jersey courts have permitted guardians as Power of Attorney to make gifts and other purposes with a well written power of attorney or certificate of guardianship.

People use the term “lifetime gifts” differently and claims made against you for receiving something of value because the donor lacked capacity requires a legal as well as medical analysis. If you would like advice on this subject, contact Fredrick P. Niemann, Esq. toll-free at (855) 376-5291 or email him at fniemann@hnlawfirm.com to discuss your case. You’ll find him easy to talk to and confide in. All consultations are attorney-client protected.

Burden of Proof When Defending Claims That a Gift(s) or Money Transfer is Illegal Because of Lack of Capacity, Undue Influence and Similar Grounds

The law presumes that an elderly person like any other (younger) person has the requisite competency to make gifts. Whoever challenges that capacity has the burden of producing evidence to rebut that presumption. This means your accuser must first establish a case with credible evidence.

Undue Influence and Will Contests

Generally, the burden of proving undue influence lies with the person challenging the gift, unless the beneficiary is a close, confidential family member or caregiver of the elderly person and there are suspicious circumstances surrounding the relationship.

A confidential relationship includes not only situations involving a legal or fiduciary relationship, such as guardian, power of attorney, conservatorship, principal and agent and trustee, but also in all cases where a relationship of trust and confidence exists.

In the case of gifts, once the confidential relationship and suspicious circumstances are proven, the burden shifts to the accused who must then prove by “clear and convincing” evidence that there was no undue influence. Here again there are often legitimate reasons why an elderly person would want to make a gift (large or small) to you or others. Just because you are a family member or were in a confidential relationship does not legally negate the validity of the gift.

What should you do if someone has accused you of taking money from an elderly or incapacitated person?

First off, read this background information:

Substantiated Lifetime Gifts (a legal term for gifts made while a person is alive) are viewed “suspiciously “. As one Judge stated, “a person generally does not give away while alive what he or she can still enjoy”, unless they are very wealthy and then for specific articulated reasons.

A showing of a confidential relationship and/or proof that a beneficiary of a gift dominated the donor generally will satisfy the initial burden. If that burden is met, then the burden of proving a legitimate transfer is on the party who asserts that an unlawful and defensible transfer was made. An accused must demonstrate by “clear and convincing” evidence was there no undue influence, and that the transfer was well understood by both parties.

If a donor (person who makes a gift) is dependent on his or her resources for the necessities of life and makes a “gift” of most of his or her assets, a presumption arises that the donor did not understand the consequences of his or her act or was subject to undue influence.

When the recipient of a gift is the dominant person in the relationship, say the guardian, the burden is upon him or her to show by clear and convincing proof that the gift was the voluntary decision of the donor.

As compared to:
If a donor is physically or mentally weak and the donor is left without adequate support after the transfer, then mental incapacity is often an issue.

Under the Act, joint bank, stock, checking and other joint accounts belong to the parties in the same proportion as each person deposited into the account unless: The terms of the contract indicate a different intent or there is clear and convincing evidence that at the time the account was created the intent of the parties was different than the proportional ownership.

The act creates a rebuttable presumption of survivorship in joint accounts.

Even if no undue influence is found, the court will look at the direct and circumstantial evidence available to determine whether the donor intended to create co-equal withdrawal rights.

The mental condition of the donor prior and subsequent to the making of a lifetime gift demonstrates the donor’s capacity at the time the gift was made.

Any declarations made prior or subsequent to making of the gift may demonstrate the donor’s relationship with the person who received the economic value of gifts of his or her bounty.

Attesting Witnesses to a Will or Trust or Gift – Opinions of witnesses are afforded a great deal of credibility and believability as these witnesses were present and viewed the person during the gift exchange.

Attorney as Witness – The attorney is a useful witness as he or she observes the donor from the time of the initial client meeting, through the drafting of the relevant planning documents and at the time of the document execution.

Treating Physician – A physician may qualify as both a fact witness and an expert witness, and the physician may testify to all treatment including mediations provided to the decedent and all conversations with the decedent.

Decedent’s Hospital and Medical Records – These records may be introduced to demonstrate the capacity of the donor.

If you are a guardian or a person who must address a claim by someone that an elderly person (or other) was taken advantage of or financially exploited, then contact Fredrick P. Niemann to meet and discuss your concerns. You’ll find him easy to talk to and very knowledgeable about the law in New Jersey on this subject.

Contact Fredrick P. Niemann, Esq. about defending against claims that gifts were made with lack of capacity, undue influence, and similar grounds.

He welcomes your calls and inquiries and you’ll find him very approachable and easy to talk to.