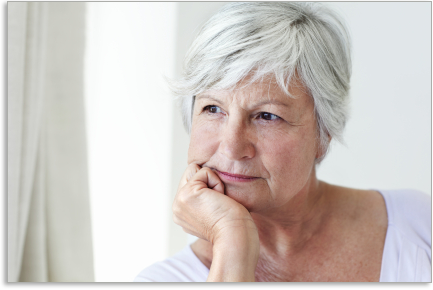 A guardianship is considered an “absolutely necessary measure” to protect a frail, elderly person who needs assistance in making financial, legal, medical and other decisions. A guardianship can and has often been used as a sword (or a shield) to gain an advantage over other interested persons (generally family members) as well as the alleged incapacitated person. Please read the following guide to help you evaluate whether a guardianship, conservatorship or other protective proceedings should be filed in NJ to protect a frail or elderly NJ resident from financial exploitation, undue influence or fraud.

If any of what I have detailed above is familiar to you, ACT NOW! If you don’t it WILL be too late in the future. I’ve been involved in countless cases where financial elder abuse has taken place and families failed to act in time. Call or email me today to come in and discuss your suspicions.

I have written extensively about the subject of undue influence. You will learn about this topic on my dedicated web page, Elder Abuse & Financial Exploitation, and when you’re done, if you feel undue influence is being exerted upon an aging person by his or her guardian, call or email me immediately!

A power of attorney drafted after January 28, 2004 cannot be interpreted to authorize the attorney-in-fact or guardian or another to make a gift(s) unless the power of attorney or judgment of guardianship expressly authorizes such gifts. Moreover, a statement in a power of attorney authorizing the agent to generally perform all acts the principal could perform is not an authorization to make gratuitous transfers.

It’s tough to call out a sibling, family member or long-time friend for alleged financial self-dealing or worse, financial exploitation of an aged parent, family member or neighbor. But sometimes you know you need to do something. I’ve given you some warning signs for you to look for as you contemplate your next action.

You can take immediate legal action. The longer you wait the more likely the theft and conversion will take place and larger amounts of money will vanish. Your legal rights include:

Multi-jurisdictional disputes over guardianships are becoming more common. Thus far, relatively little published precedent exists in this regard in New Jersey. In an unpublished but still well publicized decision, the children pursued competing guardianship actions in New Jersey and Texas. The New Jersey Court ultimately concluded that it had primary jurisdiction and then ruled that the mother lacked capacity and proceeded to set aside her estate plan.

Where someone had misappropriated assets, either directly, as power of attorney, or through the misuse of jointly titled accounts, a guardianship proceeding can provide the means to recover the assets. Likewise, a guardianship action may also be instrumental in restoring the original beneficiary designations to the person’s financial accounts or otherwise return the situation to the prior status quo. In cases where a person has caused an alleged incapacitated persons’s estate plan to be altered, a guardianship proceeding can be helpful in gathering evidence of undue influence.

Besides the economic considerations of a contested guardianship action, such proceeding may be necessary on an emergent basis, where there exists substantial elder abuse involving physical or psychological harm. In these types of cases, the alleged incapacitated person may not be able to acknowledge the abuse or is unable to stop the abuse without outside assistance.

Do you suspect or have questions and a case involving elder financial abuse in New Jersey?

Contact Fredrick P. Niemann, a NJ elder abuse and financial abuse law attorney today by calling him toll-free at (855) 376-5291 or e-mail him at fniemann@hnlawfirm.com.

He will sit and discuss your matter and help you evaluate whether an actionable case of elder abuse exists.  Remember, all calls and discussions with Mr. Niemann are strictly confidential and privileged