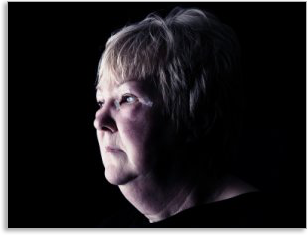 Signs of elder abuse are generally evident but require that a person be tuned in and perceptive to an abusive relationship.  It’s not always as obvious as black and blue marks, loud screaming and crying confrontations, but a victim’s unexplained physical injuries or sudden financial problems are signs of abuse, neglect and/or exploitation.

When suspecting the existence of abuse and in your efforts to protect the abused person, be aware of the following:

Know the Signs of Elder Abuse

I join in every word my Mom described about Mr. Niemann. She just raves about him and when she leaves his office, she is calm and totally confident in his counsel, wisdom and advice. Our family is blessed with him being my Mom’s protector and confidant.
—Teresa Vincitore, West Paterson, NJ

Mr. Niemann has been a God send to me and my family. He has met with me many, many times with patience, sensitivity and understanding that few people expect from an attorney. My family issues are complex, and Mr. Niemann understands what I want to happen to my estate upon my death, especially for my adult incapacitated child and other adult children. He created a special trust for my son. He has followed up with me to help me make decisions without forcing his opinions on me. In the end, he told me, “Jerri, my job is to explain your choices and help you understand the legal effect of those choices.”

He guided me and put me at ease. He wanted me to make decisions that are the right ones for me. I am thankful for Mr. Niemann being my attorney and I recommend him to elderly persons who seek a qualified professional who will treat them with dignity, respect and sensitivity.
Jeraldine Vincitore – Freehold, NJ

Signs of Financial Exploitation of the Elder Person

Other Signs of Financial Exploitation include:

Financial Exploitation Frequently is DIFFICULT to Detect.  Few People Admit to Being a Thief.

Usually by the time financial exploitation is discovered, the assets are depleted.  The exploiting person argues that the elderly victim made a gift of the assets, making it difficult to prove the exploitation.  Often, the exploitation is accomplished using a (joint checking account or durable power of attorney) which cloaks the transaction with at least the appearance of legitimacy.  Other Common schemes include:

How a Guardianship Can Help Protect Against Elder Financial Abuse

You should be alert to the signs of elderly financial abuse.  If you recognize any of these patterns in a relationship, it probably is elder abuse and you should act.  Contact Fredrick P. Niemann, Esq., a NJ elder abuse and financial exploitation attorney.  He can be reached toll-free at (855) 376-5291 or you can email him at fniemann@hnlawfirm.com.