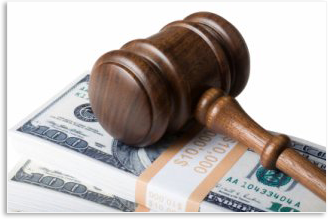 Introduction to Challenging a Gift and Transfer of Money Because of Elder Financial Abuse, Lack of Capacity and Undue Influence

Incapacity, also known as lack of capacity are the most frequent claims made when allegations of fraud and involuntary gifting are made.  Gifts being challenged are claimed to be a form of elder abuse and elder financial exploitation because of the elderly person’s physical or mental weakness or the undue influence of a dominant person.

What Does Capacity or Lack of Capacity Mean?

One important point must be emphasized when the issue of capacity and the elderly is brought up.  Each case stands on its own set of facts and the outcome will depend upon those facts.  The various types of “capacity” and how it is evaluated in a case of allegedly wrongful gifting or contractual relationship.

The above definitions may seem complicated and in fact… they are, both legally and medically.  As a result, many times a determination cannot be made until medical proofs are established.  If you have questions about the topic of capacity because you believe elder financial abuse and exploitation may have taken place, please contact me, Fredrick P. Niemann, a New Jersey lawyer experienced in cases involving elder abuse and financial exploitation.  I can be reached toll-free at (855) 376-5291 or email fniemann@hnlawfirm.com.  Let’s meet and discuss your concerns.

Sometimes gifts are made, contracts signed, the money given away, wills executed, and trusts funded because a person exercised undue influence over an elderly and vulnerable person. But what does the term “undue influence” mean under New Jersey law? Let’s find out by reading the next section of this page.

Undue Influence is Comprised of Three Elements in New Jersey

The elements of undue influence are:

In effect, undue influence consists of either, mental, psychological or physical coercion that causes a person to do something that he or she would not have normally done. Because of undue influence, the will or gift reflects the wishes and desires of the influencer (dominant person) not the person making the gift (weak person).

How Do You Prove Undue Influence in New Jersey?

Not all influences are “undue” influence, however, and this is an important point to understand.  To be “undue”, the influence must be such that it destroys a person’s free will and compels him or her to make an involuntary transfer of his or her property. Each case is governed by the facts and circumstances surrounding the execution of the will, trust, contract, or power of attorney, or the making of the gift under a power of attorney or guardianship and the actions taken by the parties who took part in the gifting to determine if coercion or undue influence was exhibited.

Contesting “Gifts” and Transferring of $$$ Based on Undue Influence

To be a valid gift and make a voluntary transfer of money in New Jersey, four elements must be found to exist:

In cases involving a contested gift, if a person does not have donative capacity, then a gift cannot be made. But a “gift” can be made with a general durable power of attorney (POA) providing the agent with gifting powers, including the specific power to make gifts. This power allows an agent to make gifts that the person may no longer be able to legally make or effect on his or her own.  Gifts made under a durable power of attorney are the source of many fights and lawsuits.  Caution is, therefore, warranted.

Situations where a presumption of undue influence may be found:

The disinheritance of a family member or a disproportionate distribution of an estate in favor of a person can be grounds to suspect undue influence. For example: Where one child asks an attorney to prepare a will that disposes of a parent’s estate in a manner highly favorable to that child to the exclusion of his/her siblings, there may be a presumption of undue influence found to exist.

Do you have a question regarding a suspicious gift, the possible exercise of undue influence, or a financial elder abuse matter that has not been addressed here? If so, contact Fredrick P. Niemann, Esq. toll-free at (855) 376-5291 or email him at fniemann@hnlawfirm.com to schedule a consultation about your particular matter. He welcomes your calls and inquiries and you’ll find him very approachable and easy to talk to.  With decades of experience in all matters involving the elderly and family disagreements, he is uniquely qualified to assist you in your matter.

Introduction to Challenging a Gift Under a Will, Trust, Power of Attorney  or Guardianship Involving Elder Financial Abuse and Lack of Capacity

Elder Abuse and Guardianship | Financial Abuse of the Elderly