Background to the NJ Law on Discharge, Room Transfers and “Bed Hold” Policies 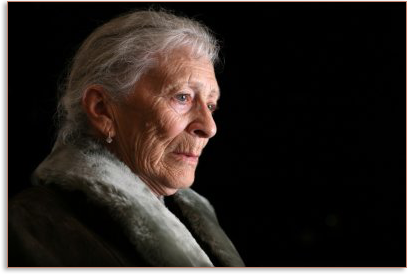 When there is a failure to pay the monthly bill to the nursing home or assisted living facility because the resident is out of money or when a Medicaid application has been denied by a County Board of Social Services, threats of discharge are likely to begin, often from the finance office or admissions director(s). You may wish to consider consulting with a NJ nursing home attorney.

When Can a Nursing Home Involuntary Discharge a Resident Under NJ Law?

You Have Rights to Stop a Threatened Discharge

Sometimes management threatens to discharge a resident to either 1) another facility or 2) the home of a spouse, child, or family member. If faced with a threatened discharge or transfer, what can or should you do?

Every so often I get a call from a prospective client claiming that a facility requires a resident or his or her family to waive the resident’s right to apply for Medicaid assistance as a condition of admission or to avoid a discharge. The facility either requires a private pay contract financially guaranteed by a family member, or an agreement that the resident will not apply for Medicaid assistance for a minimum number of months to ensure private pay for at least a specified period. The question presented is whether such private pay contracts are legal. The answer is a clear no as to a nursing home.  As an assisted living residence (ALF), the answer is less certain.

A variation of the above is the practice of admitting a resident who makes an application for New Jersey Medicaid during the month of his or her first admission. The facility demands private pay while the resident is “Medicaid pending”. The facility states that if Medicaid is approved two or three months after filing retroactive to the month of application, the facility will refund the money. Some facilities may not believe this practice to be a violation of Federal Law, but it is. In instructions to facilities, Medicaid states “a resident cannot be transferred or discharged for non-payment if he or she has submitted to a third-party payor all paperwork necessary for the bill to be paid. Discharge for non-payment can be lawful (it is very hard as a practical matter to legally do so) in NJ.  Non-payment would occur if a third party payor, including Medicare or Medicaid, denies the claim and the resident refuses to pay for his or her stay.” If this is the case, then absolutely the facility has the right to begin the discharge process.

First and foremost, call me. There are strict laws and regulations that must be followed before a person can be discharged or transferred from a licensed nursing home, assisted living residence, or terminated from the New Jersey MLTSS program for home care.

Learn Your Rights Against Discharge From a New Jersey Nursing Home

The Hanlon Niemann & Wright law firm took my case when others wouldn’t. They worked hard to get my Mom the Medicaid Insurance that she deserved. My mom is handicapped and at only 75 years of age too young to be placed in a nursing home. Now, thanks to the hard work done by Fred and Diane, she can remain at the place she has called home for the past 4 years.  If it wasn’t for them, her time at The assisted living facility would have been limited. Both mom and I can sleep better these days and I feel like a huge weight has been lifted off my shoulders. Thanks again, Fred and Diane!

What Do You Mean When You Say, “Transfer or Discharge”?

The term(s) “transfer” and “discharge” mean the involuntary movement or relocation of a resident to a bed outside the four walls of the facility even if that bed is found in a building located on the same grounds, i.e., two buildings on the same property.  An example of this would be both a nursing home and an assisted living located at the same street address.  However, a transfer or discharge does not mean relocating a resident to a different bed within the same certified facility.

Appealing a Threatened Transfer and Discharge

A nursing home or assisted living residence or other facility licensed by the State of New Jersey cannot just release to the outside world and discharge you.  A resident has the right to remain in the facility and not be transferred or discharged unless:

If a facility proposes to transfer or discharge a resident under any of the circumstances specified in paragraphs (i) through (vi) above, the resident’s clinical medical records must be documented. The documentation must be made by

Before a facility transfers or discharges a resident, the facility must:

In addition to statute(s) the administrative code governing a discharge requires that notice be made as “soon as practical” before the transfer or discharge can be started. Obviously, each case involves a fact sensitive analysis to argue strongly against discharge by the family or a resident.

The written notice must include the following:

If a transfer and discharge is proposed, the facility must undertake sufficient preparation to ensure a safe and orderly transfer or discharge. By that, the law means the facility must devote the necessary resources, time and support services needed to manage the potential physical and emotional harm and disruption to the resident pending the transfer or discharge.  Here again is where Hanlon Niemann & Wright can be of great assistance to you to ensure the resident’s rights are respected.

Transfers to a Hospital

A nursing facility must also establish a written policy under which a resident, whose hospitalization or therapeutic leave exceeds the bed-hold period is entitled to be readmitted to the facility upon the first available bed in a semi-private room if the resident:

When the resident is capable of readmittance from the hospital, he or she must be permitted to return to an available bed in the location of the building where he or she resided before. If a bed is not available at that location at the time of readmission, the resident must be given the option to return to that location upon the first bed becoming available.  Many facilities try to avoid this legal requirement.

A facility must establish and maintain identical policies and practices regarding the transfer, discharge, and provision of services to all residents regardless of source of payment. Let’s discuss this point further and what it means (i.e., private pay vs. Medicaid).

To Ensure Quality Care and Reduce Discharges and Transfers, a Facility Must:

In the case of a person eligible for Medicaid, a nursing facility must not charge, solicit, accept, or receive any gift, money, donation, or other consideration as a precondition of admission, expedited admission or continued stay in the facility, in addition to those payments made under their State plan.

Have questions about a discharge from a NJ Nursing Home?

A consultation with Hanlon Niemann & Wright may save you a significant amount of financial resources and time when faced with a threatened discharge from a long-term care facility either now or soon after.

For more information about discharge, threatened discharge or patient resident rights, please contact me, a NJ nursing home attorney, personally toll-free at (855) 376-5291 or email me at fniemann@hnlawfirm.com. It’s our ethical obligation, and my pleasure to meet with you or your family member.  He will sit and discuss your particular case and help you evaluate whether an actionable case of elder abuse exists.

Mercer County Chapter of the New Jersey Society of CPAs

Fredrick P. Niemann spoke before the State Society of CPAs Mercer County Chapter about Estate Planning and Asset Protection Planning for individuals and families.  Topics addressed during the 4-hour seminar included hospice planning and asset protection, Veterans Aid & Attendance, planning with a Power of Attorney, Living Will and Healthcare Directive.  Attendees at the seminar were eligible to receive 4 hours of professional CEU credits from the State Society.

Medicaid Eligibility and Protecting Assets from a Nursing Home