Are you involved in a case where fraud is being alleged? 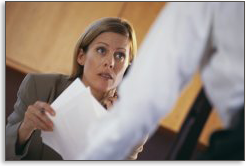 Introduction: Background Information You Need to Know About the Law of Fraud in New Jersey

Fraud is a term used by many but what does it really mean?

Legal fraud has five elements. Stated simply, they are

Legal fraud requires that the person who made the statement actually knew of its falsity and that he or she intended that you rely on it.

For a Commercial and Business Fraud Claim, There Must Be Reasonable Reliance Upon the Fraudulent Information

Some NJ courts, however, have found fraud when an injured party failed to undertake its own investigation into a matter even though they were free to do so. However, in these cases, the courts looked at the very unique facts of the case.

But here is the crucial difference; a person suing for equitable fraud cannot recover money damages, only equitable relief (i.e., rescission of the contract, return of deposit monies in escrow, etc.).

If you know about an important fact but fail to disclose it, you can be held liable for fraudulent concealment. A person may be liable for fraudulent concealment if they fail to disclose material facts that he/she have knowledge of and a duty to disclose. New Jersey courts have held that withholding the truth (keeping a known material fact secret to yourself) when it should have been disclosed is the equivalent of misrepresenting a known fact.

In a business transaction or sale, the elements of fraudulent concealment are: “the deliberate concealment or non-disclosure of an important fact or a material defect known to exist by the seller and not readily observable to the buyer, with the buyer relying upon the seller’s concealment to his or her economic detriment”.

Watch Our Informative Video on the Law of Fraud in NJ

New Jersey has laws on transfers of money when a person or business is broke, near broke or technically insolvent, particularly if the transfer is intended to defraud creditors. The law(s) is called the NJ Uniform Fraudulent Transfer Act (“UFTA”). The UFTA lets creditors ultimately challenge and void the transfer of money, property or assets made by a debtor if the transfer has the effect of placing the money, property or assets out of the reach of present and sometimes future creditors.

N.J.S.A. 25:2-25 and N.J.S.A. 25:2-27 are the central provisions of the Fraudulent Transfer Act. These statutes make the following types of transfers fraudulent under New Jersey law:

The term “value” is critical when evaluating whether or not there has been a fraudulent transfer in New Jersey. The law also has adopted the concept of “reasonably equivalent value” as a basis of evaluating if a transfer was fraudulent or against another.

Under the law, a fraudulent act exists when a debtor transfers ownership (sometimes the term “title” is used) instead of “ownership” in property or cash to another with the actual intent to hinder, delay, or defraud an actual or prospective creditor of the debtor.” Proving the fraudulent intent of the debtor is necessary under statutory provisions of the law.

Actual intent can be difficult to prove and “often must be established through inferential reasoning taken from the circumstances surrounding the allegedly fraudulent act.” Let’s face it, few people will admit with a straight face that they transferred valuable property for nothing out of the goodness of their heart. If that were the case, they’d claim a charitable contribution under the IRS tax code. Given this reality, New Jersey has evaluated “actual intent” using the following factors. Note that not all factors have to be found to exist before a violation of the statute exists.

In NJ, our courts will consider any of the above factors to establish a fraudulent transfer. As previously stated, not all eleven factors must exist to successfully bring a case.

Since our meeting, I have learned that the deal was, in fact, a scam and that I would have lost my entire investment. The straight-talking highly investigative nature of Mr. Niemann’s questioning and insight coupled with his significant past business experience was of invaluable help to me.
Scott Buongiovanni Freehold, New Jersey

If you believe a debtor of yours has perpetrated a fraudulent transfer, you have the burden of proving that the transfer was intentionally fraudulent. This burden of proof requires that an experienced and capable NJ business law attorney evaluate the facts of your case. If you are a debtor being sued or a creditor who has been defrauded, contact Fredrick P. Niemann, Esq. at (855) 376-5291 or email him at fniemann@hnlawfirm.com for a consultation to discuss and analyze your individual case.