For many people, an established franchise seems less risky than starting up a new business, but understand the “fine print” of the agreement you are being asked to sign. 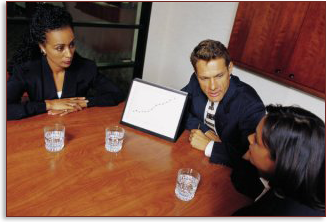 The Amended Franchise Rule requires that franchisors give you (as an interested purchaser of a franchise in NJ) a document called a Franchise Disclosure Document (“FDD”) at least 14 calendar days before you are asked to sign a binding franchise agreement or are required to make any payment to the franchisor or its affiliate in connection with the proposed franchise sale. The 14 day pre-disclosure period begins the day after delivery of the FDD. The signing of a binding agreement or receipt of payment by the franchisor or an affiliate can only take place on the 15th day after delivery of the FDD. This ensures that as a prospective franchisee, you have at least a full 14 days in which to review the disclosures (the so-called “cooling off period”).

Generally, a failure by the franchisor to follow the 14 day rule is an unfair or deceptive act or business practice which is a violation of the Federal Trade Act (FTA).

Your franchisor may request that you sign a confidentiality agreement before being granted access to the franchisor’s operations manual and other proprietary information. This is not an unreasonable request and is perfectly legal. Signing a confidentiality agreement is generally a necessary initial step in the sales process but is not the type of agreement that triggers disclosure obligations under Federal or state law.

Federal and New Jersey law does not mean that a franchisor must give a disclosure document to any person who may desire a copy. Rather, it applies where you and the franchisor have already conducted a series of specific discussions or negotiations and/or otherwise have taken steps to begin the sales process. The purpose of this law enables you as a prospective franchisee to ask to see a copy of the FDD before agreeing to travel to the franchisor company headquarters or spending additional money during the pre-sale process.

What Types of Relationships are Covered Under Federal Law?

Federal Franchise Law covers the offer and the sale of a franchise. A commercial business arrangement can qualify legally as a “franchise” if it satisfies three definitional elements. The franchisor must: (1) promise to provide a trademark or other commercial symbol; (2) promise to exercise significant control or provide significant assistance in the operation of the business; and (3) require a minimum payment of at least $500 during the first six months of operations.

The name or “title” given to the business arrangement by the franchisor is irrelevant in determining whether the business relationship is covered by federal and/or New Jersey Franchise Law. If your business and commercial relationship meets the three criteria discussed above, it is a franchise for purposes of Federal law. For example, a so called “distributorship agreement” or “license agreement” can be covered by the Amended Franchise Rule (AFR) if the three definitional elements are satisfied.

The “Significant Control or Assistance” Element

When is Control or Assistance Significant?

Significant types of assistance include:

I own several small businesses. I’m good at what I do but legal matters and dealing with lawyers and legal issues is stressful. I called Fredrick P. Niemann and have developed a great relationship with his lawyers and staff. They have reviewed my leases, negotiated the buyout of my former business partner, handled land use problems in a neighboring county and generally have really been there for me. I really like them personally and professionally. If you are a small business owner, give them a call.