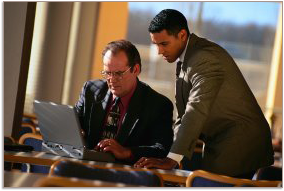 In New Jersey, franchisors are prohibited from unreasonably interfering with a franchisor’s business. Specifically:

What are the Legal Consequences of Violating the NJ Franchise Practices Act?

If a franchisor violates the FPA, the law gives the franchisee remedies including money damages, court costs, attorneys’ fees and injunctive relief.

Money damages include the economic loss to the value of the franchisee’s business at the time of the unlawful termination of the practice.

You may call Mr. Niemann toll-free at (855) 376-5291 or email him at fniemann@hnlawfirm.com to schedule a low cost and convenient consultation about your NJ franchise matter.

One factor the laws of New Jersey look at in deciding the venue of litigation is if one party “is far less financially capable of conducting this litigation outside this district.”

Forum selection clauses in franchise agreements are presumptively invalid in NJ and should not be enforced unless the franchisor can satisfy the burden of proving that such clause was not imposed on the franchisee unfairly because of its superior bargaining position.

We all know that forum selection clauses are often the product of uneven bargaining power which is the hallmark of the franchise relationship. It’s like McDonald’s vs. Cheeburger Cheeburger.

New Jersey wants to level the playing field for New Jersey franchisees and prevent their exploitation by franchisors with superior economic resources.

One of the main purposes of the New Jersey Franchise Practices Act is to afford venue in New Jersey for New Jersey franchisees to litigate their claims against their franchisors that are in another state.

The Franchise Act attempts to remedy the effects of unequal bargaining power by prohibiting the inclusion in the franchise agreement provisions that relieve franchisors of liability under the Act or unfairly prejudice the franchisee in the operation of its franchise. The legislature has sought to prevent franchisors from acquiring the business of a successful franchisee by preventing termination of franchisees’ rights expressed at the legislative hearing. The Legislature established a cause of action in the courts of this state for damages, injunctive relief, and counsel fees.

Please call Mr. Niemann toll-free at (855) 376-5291 or email him at fniemann@hnlawfirm.com to schedule a low cost and convenient consultation about your NJ franchise matter.