Key Terms and Definitions Under the NJ Franchise Practices Act

A franchise is a unique business and economic concept. The following are terms and definitions you should familiarize yourself with if you are contemplating a franchise relationship. 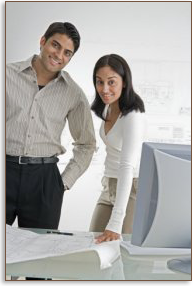 “Franchise” – A franchise is a written agreement in which a person grants to another person a license to use a trade name, trademark, service mark and related processes and operational procedures which creates a complete system of doing business in the marketing and sale of goods or services at wholesale, retail, or otherwise.” In a nutshell, the franchisee purchases access to someone else’s expertise, experience and method of doing business.

A “franchisee” is “a person or entity (i.e., LLC, corporation, proprietorship) to whom a franchise is offered or granted”.

When Does the Franchise Act Apply in New Jersey?

The Requirement of Notice of Termination of a Franchise

When is a Franchise Termination Permissible in NJ?

In NJ a franchisor can terminate a franchise only when:

What Does the Law Mean “For Good Cause” to Terminate a NJ Franchise?

Do you have a question(s) on NJ franchise law which has not been addressed here? If so, contact Fredrick P. Niemann, Esq. toll-free at (855) 376-5291 or email him at fniemann@hnlawfirm.com to schedule a consultation about your particular needs. He welcomes your calls and inquiries and you’ll find him very approachable and easy to talk to.