Distributors Are Treated Differently Than Franchises Under New Jersey Laws

What You Should Know About Franchise Laws vs. Distributorship Agreements 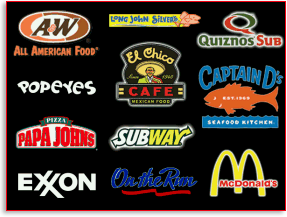 Federal laws governing franchises are expansive. These laws will supersede portions of a distributorship agreement that violate federal law. Federal regulations of franchising began in 1979. In 2007, the FTC (Federal Trade Commission) approved amendments to its Franchise Rules which became known as the “Amended Franchise Rule(s).

Absent an exemption, it is deemed to be an unfair or deceptive act or practice in violation of the Federal Trade Act for any franchisor to fail to furnish a prospective franchisee with a copy of the franchisor’s current FDD as described above.

What is a Binding Agreement that Triggers FDD Disclosure?

The FTC has ruled that a confidentiality agreement (often signed by prospective franchisees before being granted access to the franchisor’s operations manual and other proprietary information) is a necessary step in the sales process but is not the type of agreement that triggers disclosure obligations.

Specifically, the Amended Franchise Rule provides that it is an “unfair or deceptive practice” to “fail to furnish a copy of the franchisor’s disclosure document to a prospective franchisee earlier in the sales process upon reasonable request.

The applicable regulations state that a franchisor must tender a disclosure document where the parties have already conducted specific discussions or negotiations or otherwise taken steps to begin the sales process. The FTC has ruled that this provision enables a prospective franchisee to ask to see a copy of the FDD before agreeing to travel to company headquarters or spending other money during the pre-sale process.

What Types of Relationships are Covered?

ATTENTION ALL BUSINESSMEN AND WOMEN WHO HAVE SIGNED A “DISTRIBUTORSHIP AGREEMENT”. READ THIS SECTION CLOSELY.

The Federal Franchise Rules cover the offer and sale of franchises. Under this Rule, a commercial business arrangement is a “franchise” (not a distributorship!) if it satisfies three elements. The franchisor must: (1) promise to provide a trademark or other commercial symbol; (2) promise to exercise significant control or provide significant assistance in the operation of the business; and (3) require a minimum payment of at least $500 during the first six months of operations.

I bet now after reading the above you’re convinced you’re a franchise. You’re probably correct.

The “Significant Control or Assistance” Requirement

When Is Control or Assistance is Deemed Significant?

The more that you reasonably rely upon the franchisor’s control or assistance, the more likely the control or assistance will be deemed “significant.” Franchisees’ reliance is likely to be great when they are relatively inexperienced in the business being offered for sale or when they undertake a large financial risk. Similarly, franchisees are likely to reasonably rely on the franchisor, as opposed to a typical practice employed by all businesses in the same industry.

Significant types of control over the franchise include:

Significant types of assistance include:

The following factors will also be considered when determining whether “significant control or assistance” is present in a relationship:

Do you have a question(s) not addressed here about your distributorship contract? If so, contact Fredrick P. Niemann, Esq. toll-free at (855) 376-5291 or email him at fniemann@hnlawfirm.com to schedule a consultation about your particular needs. He welcomes your calls and inquiries and you’ll find him very approachable and easy to talk to.