People Buy Franchises for a Lot of Reasons, Including:

Second careers, job dissatisfaction, entrepreneurship, creating a family business for their spouse or their children.

Do you own or have an interest in a NJ franchise? 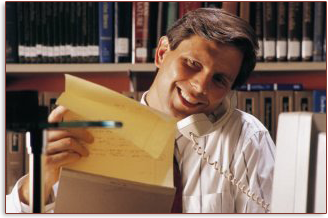 At Hanlon Niemann & Wright, we are here to help and guide you in NJ franchise law.

An effective NJ Franchise Law Attorney will think beyond the four corners of the public offering statement and franchise agreement and discuss with you things like market demand, geographical and internet competition, bank and third party financing, leasing, franchisor fees, royalties, hidden charges, covenants not to compete and e-commerce issues.

If you’re being mistreated by your franchisor, we will hold them accountable to the agreement they promised to you as an inducement to signing you up.

We’ll work to protect you legally and offer practical advice in the real world of NJ franchises.  If they are seeking to terminate you as a franchisee, we will advocate on your behalf, defend you in court, or seek a satisfactory resolution of the disagreement.

TESTIMONIAL
I consulted with Mr. Niemann following a recommendation from an associate in Brick, New Jersey. I was told that Mr. Niemann would be an excellent person to discuss an investment opportunity which was represented to me as very profitable. Mr. Niemann met with me promptly and reviewed the information which was given by the promoter. After having considered the promotional information, Mr. Niemann cautioned me against the investment. He requested a four-way conference be set up so that he could meet face to face, eye to eye with the promoter of this opportunity. After several hours of intense questioning and discussion, Mr. Niemann courteously and professionally concluded the meeting, whereupon he immediately told me not to invest a single penny into this scam as I would lose my investment. At the time, I was looking to invest several hundred thousand dollars. Thank God I listened to Mr. Niemann.Since our meeting, I have learned that the deal was, in fact, a scam and that I would have lost my entire investment. The straight talking highly investigative nature of Mr. Niemann’s questioning and insight coupled with his significant past business experience was of invaluable help to me.– Scott Buongiovanni Freehold, New Jersey

TESTIMONIAL
Fred has been my attorney since I started my business in 2003. He is always very helpful and has handled several business and personal matters for me. I highly recommend Fred.

When Does the NJ Franchise Act Apply to Me and/or My Company?

New Jersey adopted the Franchise Practices Act (FPA) in 1971. The law was written to prevent the exploitation of franchisees in New Jersey by franchisors with superior bargaining power.

The law also regulates the Termination of a Franchise Agreement in New Jersey by the franchisor who is often times in a dominant position over his/her franchisees.

Selling, Assigning or Transferring Ownership of an Existing Franchise in NJ

Before transferring, assigning or selling a franchise or interest in a franchise, the franchisee must notify the franchisor in writing. In most instances, the notice must include (1) the transferee’s name, address, financial qualification and (2) business experience during the previous five (5) years.

In NJ, the law expects a commercially good faith standard of conduct between a franchisor and franchisee.  A franchisor must act in good faith in making franchise decisions that impact you or when refusing to approve a franchise sale and transfer.  Let us help you in the sale or purchase of your franchised business.

When is a Franchise Termination Permissible in NJ?

Legal Requirements of Notice of Termination of a Franchise

CRITERIA FOR PERMISSIBLE TERMINATION OF A FRANCHISE UNDER NEW JERSEY LAW

A franchisor can terminate a franchise only when:

A franchisee may recover attorney’s fees and reasonable litigation costs for all successful claims against a franchisor. Unsuccessful claims do not result in an entitlement to attorney’s fees. Because of the unfair leverage that franchisors have as compared to their franchisees, state law allows a court to award counsel fees and costs to the franchisee if a successful claim is made and proven. Many potential causes of action can be successfully alleged based on long-standing NJ case law and principles of law outside of the state’s franchise statutes; for example, contract law, corporation law, the law of commercial business relationships, and more.

Do you have a question(s) not addressed here? If so, contact Fredrick P. Niemann, Esq. toll-free at (855) 376-5291 or email him at fniemann@hnlawfirm.com to schedule a consultation about your particular needs. He welcomes your calls and inquiries and you’ll find him very approachable and easy to talk to.