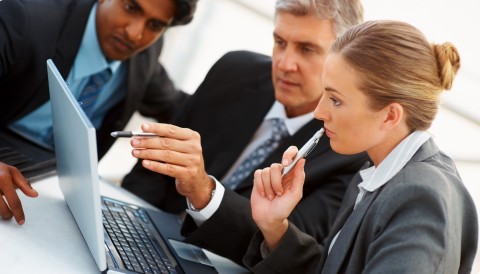 The rights of shareholders under New Jersey law are commonly referred to as “shareholder rights”.  Investors who purchase an interest in a company (commonly referred to as “shareholders”), whether large or small enjoy a number of rights pertaining to their ownership.  Unlike being a partner in a partnership, where each partner is the owner and a co-manager of the business, shareholders do not and are not obligated (but may) run the day-to-day operations of the company, unless specified to the contrary in their shareholders agreement.  This absence of day-to-day control and active management is what shields shareholders from personal liability for the debts and obligations of the corporation. But being a shareholder is not all risk-free.  A shareholder can lose his or her investment of time and money should the corporation fail.

Another source of information is the by-laws of the corporation.  By-Laws are not public records and can only be demanded by shareholders.

Finally, there are the NJ Corporation laws and cases decided by courts of NJ.  These statutes are where a shareholder should first go to examine when determining his or her rights in a corporation.  After reviewing the statutes and any applicable regulations, an interested shareholder may consider retaining an attorney to research case law dealing with a particular shareholder issue and applicable statutes.

Below are some easy-to-read bullet points about shareholder rights under NJ law.

The above list of shareholder rights is subject to limitations and/or restrictions set forth in the governing corporation documents and applicable statutes.

Shareholders are given the opportunity to hold meeting(s) on an annual basis or at other times of the year specified in the by-laws of the corporation or shareholder(s) agreement. The primary purpose of these meetings is for shareholders to elect the directors of the corporation, though shareholders may also vote on any number of additional issues that impact the company.  If permitted in the by-laws or in a written shareholder agreement, a corporation member (shareholder/stock owner) can also call for a special meeting on any matter(s) that require(s) immediate action. Note however that only those matters listed in the Notice of the Special Meeting may be voted upon by the shareholders present at the meeting.

If unable to be present at a scheduled shareholder meeting, shareholders may appoint a proxy.  A proxy is an authorized representative to vote their shares, which is common in both small and publicly-held corporations. New Jersey law contains only a few specific rules with respect to proxy voting, primarily addressing when a proxy appointment may be revoked. To be a valid proxy the appointment should be in writing. The person voting the proxy does not have to be a shareholder unless required under the by-laws of the corporation. Since the relationship between the shareholder and the proxy is one of principal and agent, the proxy must abide by the instructions of the shareholder.

Shareholders may also vote and take official business by “Unanimous Consent” without holding a shareholder meeting. Decisions by Unanimous Consent are very common in small closely owned corporations, (closely owned means corporations with a few members) and these actions are typically non-controversial and are unanimous by agreement.  In a larger, publicly held corporation, decisions by unanimous consent are impractical because the decisions of the shareholders affect a larger number of people and the issues are more diverse, controversial and complicated.

Matters, upon which shareholders may vote and take official action (in addition to the election of the directors), depending on the issues affecting the corporation.  The following actions constitute the most significant decisions to be voted upon by shareholders.

Does Always Being “Out Voted” Qualify As Minority Shareholder Oppression

Many corporations are owned by multiple shareholders, many of whom own less than 50% of the total shares issued. These shareholders are referred to as being a “minority shareholder”.

In the case of a corporation having 25 or less shareholders, if the directors or those in control have acted unfairly toward one or more minority shareholders in their capacities as shareholders, directors, officers, or employees, it is “shareholder oppression”.

If a shareholder feels like their input is not being considered or valued in the direction of the company, they may have a case under this statute. Merely being outvoted at a shareholder’s meeting or board of directors’ meeting is not enough; there needs to be evidence that the shareholder is being frozen out of discussions and meaningful decision making regarding the company’s future, rendering this person a mere onlooker to the affairs of the business rather than a meaningful shareholder who has a say in the direction of the company. “Ordinarily, oppression by co-shareholders is clearly shown when they have awarded themselves excessive compensation, furnished inadequate dividends, or misapplied and wasted corporate funds.” The cases are less instructive when the issue involves being “out-voted” all the time.

Is Termination of Employment Minority Oppression

What can you do if you’re always out-voted by the majority? Is it shareholder oppression?

What About Compelling the Corporation to Allow Inspection of Business Records

Can a successful claim of oppression be made when there is a lack of access to the financial statements and records of a company? As a shareholder a person has the right to request access to the minutes of shareholder’s meetings and the “record(s) of shareholders meetings,” and to make copies as needed per N.J.S.A. §14A:5-28(3). But a shareholder cannot access any of the “books and records of account” merely by making a request. Instead, he must ask the court to compel inspection of those records. Paragraph (4) of the statute recognizes this cause of action, and allows any shareholder, regardless of the number of shares he or she has or the date upon which he or she obtained his or her shares, to ask the court to compel inspection of these accounting records. The finding that must be made by a court if the issue is litigated is that the shareholder has a “proper purpose” to compel inspection. The statute is drawn from the common law, which allowed courts to compel inspection of a corporation’s records when “the request to inspect was made in good faith and for a purpose germane to the applicant’s status as a stockholder.” Cain v. Merck & Co., 415 N.J. Super. 319, 328 (App. Div. 2010). In the Cain decision, the court held that shareholders are not “entitled to conduct a fishing expedition based on general and unsupported allegations of mismanagement.” Instead they must come forward with “specific and supported, credible allegations of mismanagement before allowing an inspection.” Thus, an inspection of business records related to the results of a failed clinical trial of a new prescription drug being tested was a sufficient proper purpose, in the Cain case and the court required the board of directors and shareholder meeting minutes to be produced for inspection only as it related to their discussions regarding the failed clinical test.

Have questions about your rights as a NJ shareholder?  Contact me personally to discuss your rights as a shareholder of a NJ company.  I am easy to talk to, very approachable, and can offer you practical, legal ways to handle your concerns and protect your interests.  You can reach me toll-free at (855) 376-5291 or email me at fniemann@hnalwfirm.com.