The Power of the Courts to Govern a Corporation During Controversy and/or a Shareholder
Lawsuit(s)by the Appointment of a Receiver, Fiscal Agent, and Professional Director(s) 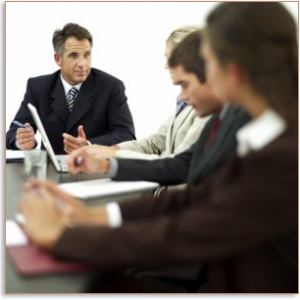 Often times shareholders are conflicted about bringing a lawsuit when things start going badly, often debating if the uncertainty and cost of a lawsuit is worth the potential benefits. It is crucial therefore to know what remedies are available to you BEFORE you go to court. Always consult a knowledgeable Shareholder Law attorney before filing a lawsuit to ensure you fully understand the possible implications.

Shareholders Rights; The Power of the Courts to Govern Corporations When in Turmoil

There are numerous remedies that may be fashioned by the Courts in shareholder rights cases. Some of the most common remedies are the appointment of a receiver, provisional director, or custodian to run the daily affairs of the corporation while the dispute is settled. Sometimes, the court will order that one or more shareholders’ stock be sold as a means of resolving the dispute. One of the more significant remedies is dissolving the corporation. Courts will typically only order this remedy if the corporation has irreparably been harmed, is likely to go out of business, or has committed fraud against shareholders, creditors, or the public.

The term “fair value” is applied by the Court to determine the economic worth of stock shares in a forced buyout. The term fair value is a technique used to place value when it appears that the value of the shares is different from the “fair market value” of the shares. It is important to note the difference between these two similar sounding terms. In establishing fair value as a proper value, courts will examine what a neutral buyer would be willing to pay to purchase a minority interest of shares in a closely-held corporation.

Depending on the circumstances, courts may elect to apply a “marketability” or “minority interest” discount to the stock valuation. A marketability discount considers that there is likely to be a small pool of potential purchasers for these shares and finding a neutral outside buyer is often difficult. A minority interest discount is applied when the Court determines that the value of the minority(s) shares should be adjusted based because outsider buyers are less inclined to buy a minority stake in the corporation.

NJ COURTS: PROTECTORS OF SHAREHOLDERS DURING TIMES OF CONTROVERSY

New Jersey law gives its chancery courts the power to protect the best interests of a corporation and its shareholders during periods of controversy and conflict.  The range of remedies available to the chancery court is extensive.  The following discussion will explain some of these remedies and powers.

The Appointment of a Receiver to Manage the Company During Litigation

One of the broadest powers of the court is the power to appoint a receiver for a corporation when there is evidence of gross or fraudulent mismanagement by corporate officers or directors, gross abuse of trust, or a provable dereliction of duty by those with decision-making authority.  Our courts have the authority to appoint one of two types of receivers, a statutory receiver or a custodial receiver.  A statutory receiver can be appointed when a corporation: 1) has become insolvent; 2) has suspended its business operations because of a  lack of cash flow; or 3) is operating at a loss which generally is fraudulent and prejudicial to the interests of  prospective or actual creditors.  Upon appointment by the court, a receiver is vested with title to the corporation’s property and has the power to: 1) take possession and control over corporate property, assets and cash; 2) institute and defend legal actions on behalf of the corporation; 3) sell, assign, convey or dispose of the company’s property; 4) negotiate and settle claims involving the corporation and any debtor or creditor.

THE APPOINTMENT OF A FISCAL AGENT IN LIEU OF A RECEIVER

The appointment of a receiver can be avoided provided the shareholders can persuade a court that the interests of the corporation can be accomplished by a less intrusive means.   As an alternative remedy to protect the corporation, a fiscal agent with limited but specified powers can be appointed by the court.  A fiscal agent is an interim solution designed to be a temporary appointment to avoid the more expansive powers of a receiver.  Generally, the fiscal agent’s responsibilities will be limited to the financial safeguard of a corporation’s resources, say when claims of fraudulent or excessive expenditures, officer compensation and diversion of corporate resources are denied.

THE APPOINTMENT OF A PROVISIONAL DIRECTOR

THE APPOINTMENT OF A CUSTODIAN IN LIEU OF A RECEIVER

In addition to or in the alternative of appointing a provisional director(s), a court may also appoint a custodian for the corporation, if such an appointment is in the best interests of the corporation and its shareholders.  A corporate custodian has the same powers as the board of directors and officers to the extent necessary to manage the affairs of the corporation.  The custodian’s appointment will remain in effect until removed by an order of the court, or by the vote or written consent of a majority of the shareholders entitled to elect directors.

Provisional directors and custodians may be appointed, for example, when the shareholders are so divided that, they fail to elect successors to the Board of Directors as their terms expire.  They also may be appointed when the directors of the corporation, or the person or persons having management authority on the board, are unable for a multitude of reasons from acting on one or more important matters respecting the corporation’s affairs.  A provisional director or custodian can be appointed in situations when the Board of Directors or those in control of a corporation, have mismanaged the corporation, abused their authority or have otherwise acted oppressively or unfairly toward one or more minority shareholders in their capacities as shareholders, directors, officers, or employees.

Not sure what remedies are the best for you and/or the corporation during a time of turmoil and dispute?  Then contact me personally today to discuss your shareholder and corporate matter.  I am easy to talk to, very approachable and can offer you practical, legal ways to handle your concerns.  You can reach me toll-free at (855) 376-5291 or email me at fniemann@hnalwfirm.com.