Claims of Bad Faith Expulsion of a Member 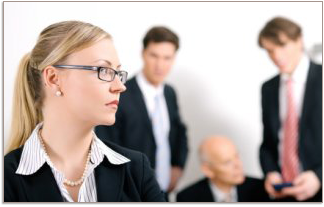 Not all expulsions of an LLC member(s) are legal or illegal. In certain circumstances, even a violation of a written LLC operating agreement or the state’s LLC laws may not be enough grounds for expelling a member of the LLC.

One example of an illegal expulsion is a “bad faith” expulsion. New Jersey courts will not allow an LLC to expel a member in bad faith, even if the discharge is justified by the wording in the expulsion clause of the operating agreement.

For example, expulsion for minor violations of the membership agreements are not permitted.

What to Do When Facing Membership Issues Within Your LLC

Continuing Business of the LLC After a Member is Expelled

When a member feels as though their company is not operating in a manner that they are satisfied with, they often seek to be bought out. When the other members refuse to buy them out and operate the business in a manner that personally benefits themselves at the expense of the minority members, this may be a form of Minority Member Bad Faith, an actionable violation of the Revised Limited Liability Company Act.

When a minority member brings legal action to be bought out, the Courts will need to determine how much his or her interest in the LLC is worth. In doing so, the courts will apply a “minority” and “marketability” discount in determining the value of the member’s interest. In addition, New Jersey law specifies that the value must be “Fair Value”, determined by a valuation expert’s testimony or agreement among the members. This is different from “Fair Market Value”, the amount you might think your interests is worth on the open market.

One key factor that will affect value is the valuation date. Under NJ law, this date is the date of the filing of your lawsuit or any earlier/later date the court deems equitable. The court has discretion to decide the date upon which the value of a member’s interest will be determined. As one can imagine, this value can fluctuate depending on when your lawsuit is filed and when the court decides to place a value on the interest.

NJ Courts: Protectors of LLC’s During Times of Uncertainty and Disagreement

Did you know that New Jersey Courts are often called upon to protect companies during periods of controversy and conflict? Under NJ Law, the Courts have a wide range of powers to ensure the best interests of the company are protected. A Chancery Judge is often in charge of deciding what powers to use. The following are some of the powers available to the court:

Appointment of a Receiver

Arguably the broadest power available to the Courts is the power to appoint a receiver to oversee a company during a time of controversy. When a court is presented with evidence of gross and/or fraudulent mismanagement, gross abuse of trust, or a violation of a fiduciary duty by those with significant decision-making powers (such as board members, officers, directors, etc.), they often choose to appoint a receiver to oversee the company throughout the controversy. There are two basic types of receivers that courts may choose from to appoint: The statutory receiver and the custodial receiver. What type of receiver is appointed by the Courts depends on the unique situation that the company is in.

A statutory receiver may be appointed when one of the following exists within the company:

Once appointed, the statutory receiver has numerous powers. Initially, the receiver is granted title to the company’s property. He/she then has the power to take the following actions:

The Custodial Receiver is the other type of receiver that the Courts may appoint to overlook a company. These receivers are appointed for the limited purpose or preserving assets for a specified time period, usually the time while the controversy is being decided while there is a litigation dispute between members. Custodial receivers do not have many of the powers that a statutory receiver has. They do not and cannot acquire legal title to the company’s property and therefore cannot sell, transfer, or dispose any of the assets nor dissolve the company.

Appointment of a Fiscal Agent

The Fiscal Agent is viewed as more of a temporary, interim solution to a company’s problems. Courts purposely limit the powers and responsibilities of the agent due to their temporary status. Typically, these powers and responsibilities relate to safeguarding the company’s finances and resources. For example, a Fiscal Agent may approve or deny any officer compensation or company expenditures when members bring claims of fraud.

Another power of the Courts is the power to appoint one or more provisional officers/managing members to handle the company’s affairs. If in the best interests of the company and its members, a judge may appoint a provisional officer or member to the company, regardless of what the company’s certificate of formation, by-laws, or any other governing resolutions say. The Courts appointment will always triumph any of the company’s policies or documents. Once appointed, the provisional officer/member will have the same rights and powers as all the elected officers/members until the Court removes him/her. Sometimes the members may vote/consent to the removal of a provisional director, but typically the Court must approve their removal, nonetheless. A provision officer/member’s powers are always equal to those of co-officers/members. They lack the power that a receiver has over a company.

Appointment of a Custodian

Court’s may also elect to appoint a custodian for the company. This can be in addition to or in the alternative to a provisional director. Once again, the Court will only do so if it is in the best interests of the company and its members. Corporate custodians have the same powers as the managing members and officers, to the extent necessary to manage the affairs of the company. They also lack the broad powers that a receiver has. Like the provisional officer/member, they remain in their position until the Court removes them or until most of the members vote/consent to the removal, subject to court approval.

There are numerous situations in which a provisional director and/or custodian may be appointed. For example, when members have failed to elect a new governing body after their current term has expired, the Court may appoint provisional officers/directors until the members are able to come to a consensus and elect new members. Another example is when members are unable or refuse to act on certain company matters for several different reasons. Provisional officers/members or custodians may be appointed when company funds or transactions have repeatedly been mismanaged, authority has been abused, members have been oppressed, or several other incidents have occurred that the Court deems that an appointment is appropriate for the sake of the company.

Do you believe court involvement is necessary? Do you have any further questions regarding Court-appointed officials or Member issues in litigation? If so, please contact me today. You’ll find I’m very approachable and willing to offer practical, easy to understand advice. I can be reached toll-free at (855) 376-5291 or by email at fniemann@hnlawfirm.com.