Is an Open Mind Worth the Risk? 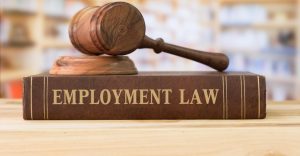 Typically, when I write articles or make presentations, I try to base the message upon a legal development in the law – whether it’s an important recent case discussion or change in the statutes and/or regulations. These important developments are why people want to read what I write.  I also like to write about “war stories” because war stories can be very instructive and helpful to people who are not interested in legal terms but will read and learn from others’ conflicts.

Our firm represents an owner and operator of a manufactured home community.  It turns out that over the years he has decided to use an increasing number of workers who have emigrated from Mexico. He downsized a part of his workforce and then laid off the rest of his workforce who are (were) American in origin.  It is not coincidental to this story that the employees are of Mexican decent and are not in the United States in compliance with Immigration Laws.

He chose to employ illegal Mexican immigrants (what the Supreme Court now calls “undocumented aliens” – “God Forbid they not be politically correct”).  His motivation for doing this was complex.  (By the way – the Country of origin of these immigrants is irrelevant to the lesson imparted herein).  Some people say it’s because the workers are cheaper (wait until you consider worker’s compensation ramifications detailed below before you nod your head about this one).  This client actually stated that his philosophy was influenced by who his parents were – immigrants.  He had deep and abiding respect for his parents who came to this country with nothing but their labor, attempted to fulfill the American Dream – start with nothing, work hard, do the right thing, achieve success – for one’s family, financially, and basic human pride.  I think all salute the flag in recognition of those admirable philosophical concepts.

This is not unusual – New Jersey purportedly has the fourth highest concentration of “unauthorized workers” in the workforce.

The problem is that regardless of one looking at this through colored glasses, the employee’s status is still illegal – and – in violation of several laws.  Many people believe such persons should not be given preferential treatment in employment decisions over and above those who have decided to accept the responsibility for becoming legal citizens (e.g., pay taxes, etc.).

This article is not about any of that.  My opinions on this subject remain personal.

First and foremost, every employer in the State of New Jersey has an obligation to provide worker’s compensation liability insurance.

What that means is if you have someone who “works off the books” and they become injured, they have a worker’s compensation claim against the employer regardless of whether or not you have acquired worker’s compensation insurance, and regardless of whether or not, even if you have that insurance, they may not be covered because they are not “on the books” or otherwise reported to your carrier.  For example, in a recent case our office handled, an employee of a roofer helped an elderly resident in a house move a collapsible bed.  The bed collapsed on and broke the worker’s hand.  He was hospitalized and required surgery.  Bills exceeding $45,000.00 were submitted to the employee.  The employee went to a lawyer.  The lawyer filed a claim under the worker’s compensation statute seeking to have the employer held responsible for the entire medical bill.  There was no insurance coverage.

In addition to this insurance problem, workers, who have no driver’s licenses, are not insured when using any company vehicle.  If they injure or kill someone while operating the vehicle in the course of your employment, you as the employer can still be held responsible under the Doctrine of Respondant Superior – again – without insurance.  That is an additional liability risk faced by the owner/operator.

In addition, there are Fair Housing obligations – an obligation not to discriminate against persons because of their national origin. You cannot implement a preference for employees of Mexican ancestry or any national origin.  That is discrimination against your other employees or those who you decline to hire.  In the “war story” where this came to my attention, the employer was sued for terminating the Caucasian American employees.  He attempted to justifiably explain “they do not work as hard.”  That may not a successful defense, especially in an ancestry and national origin discrimination claim.  It certainly will not help the employer avoid the cost of defense.  The fact that is a discrimination claim, where the plaintiff will seek punitive damages, attorney fees and other civil penalties is only “assisted” by the “cheating” employer (the aforementioned American dreamer) who is not paying payroll taxes or unemployment insurance for the undocumented alien employee.  The jury (none of whom will be undocumented aliens) may not appreciate this.

In addition to the foregoing there is a tax obligation which is being ignored in this employment relationship.

One might attempt the argument that the “worker” is not an employee but an independent contractor.  The problem is an independent contractor is a person who is hired on occasion (not every day) and who is not directed by the person for whom he works as it relates to the details of job performance.  Someone who comes to work every day at the same place of employment and whose job responsibilities are directed in detail by the person who is paying him is properly classified as an employee under agency law in the State of New Jersey regardless of what you call it.  These arguments can also be made to justify that there is a payroll withholding tax obligation based upon this relationship.

In addition to the foregoing, numerous states and municipalities have laws which refer employers to various websites related to confirmation that the immigrant is here legally.  These laws are not pre-empted by the Federal Immigration Laws to the extent that they can address non-compliance through licensing or similar laws.  Chambers of Commerce of United States v. Whiting, 191 S.Ct. 1968 (2011).  While there are currently no such “Licensing” ramifications in New Jersey, if one is employing undocumented aliens then one must stay focused on the possible adoption of such laws.

The Immigration Reform and Control Act (“I.R.C.A.”) requires employers to verify the work authorization of employees and exposes employers to penalties for knowingly employing unauthorized workers.

The Department of Homeland Security (“D.H.S.”) has created and promoted use of E-Verify, a free web-based program to use to verify that an individual is authorized to work in the United States.  Some states require its use.  New Jersey is not one of them.  Use of E-Verify provides an employer with immunity from I.C.R.A. claims.  Use of E-Verify does come with some inconvenient conditions.  It cannot be used to pre-screen employees.  You must use it only after the employee is hired and if a negative result is obtained (a tentative non-confirmation – or “T.N.C.”) employment cannot be terminated for the eight working day appeal period.

If you have pension or profit sharing or health insurance plans at work E.R.I.S.A. anti-discrimination laws may require the inclusion of these undocumented aliens.

This list of laws imposing risks on employers who desire to populate their workforce with immigrants who are in this country without proper authorization is long and the financial exposure significant.  Think twice and carefully before you expose your business assets to these types of claims.

If you have any questions about New Jersey employment law, please contact Fredrick P. Niemann, Esq. at (855) 376-5291 or email him at fniemann@hnlawfirm.com to arrange for a consultation in our Freehold office (Monmouth County) or at your place of business.