Breach of Contract: Beware, a Breach Can Cost You Money ($) 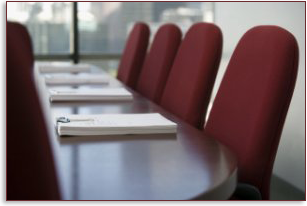 A contract is formed under NJ law when one party offers to do something and a second party accepts the offer, provided that something of value is exchanged which supports the promises that were made (consideration). For example, if your company offers to buy a business from a seller for $100,000 cash, closing within 60 days and the seller accepts your offer, there is probably an enforceable contract for the sale of the business.

A breach of contract involves a purposeful or unintended failure to fulfill the promises made under the contract.

Chances are that you will enter into several different kinds of contracts in your business, including:

Breach of Contract in New Jersey: What is it?

A Breach of Contract Can Terminate a NJ Contract

A contract also may end because of a breach. We all have heard of the term “Breach of Contract”. What is a breach of contract under NJ contract law? A breach occurs when a person does not fulfill his or her responsibilities as promised in the contract. A breach may be minor or major. A minor breach is one that affects small, minor details of the agreement. It generally does not terminate a contract. A major breach is one that materially affects the subject matter of the contract. When there has been a major breach in a contract, the question of damages is often raised.

Damages Under a Breach of Contract

Damages when there is a contract breach for the sale or purchase of a business depends on many factors. Courts usually only give money damages if the damages are provable and foreseeable. Foreseeable damages are those that could be anticipated or should have been anticipated at the time the contract was created. The courts in New Jersey place the innocent contract party in the same position he or she would have been in if the contract had been performed and not breached.

Specific Performance as a Remedy for a Breach of Contract

There are some situations in which money damages are inadequate. Because real estate is unique, for example, one cannot simply go out and buy the same property. In a case such as this, the courts may specifically order the breaching party to perform the obligation required by the contract, namely, go to closing and sell the land. This remedy is called specific performance. Specific performance is used only in rare cases.

Liquidated Damages as a Contract Remedy

Liquidated damages are damages specified in the contract itself. For example, if you want to close title on your new business by a specified date and in time for a big sales promotion, you can include a provision in the contract that says the seller must pay you $100 per day for every day after the closing date that the sale hasn’t closed. This is a liquidated damage clause.

Courts don’t like liquidated damages clauses and won’t enforce them if they are grossly unfair. You must be careful if you include a liquidated damage clause in a contract. It must be reasonable.

Compensatory Damages are the Typical Remedy in a NJ Breach of Contract Case Compensatory damages help compensate you for your economic loss caused by a broken promise.

For example, Mr. Smith signs a contract to buy 10 hours of computer services from High Tech Computer Consulting, LLC for $50 an hour. Mr. Smith breaks the contract and doesn’t use any of High Tech’s services. Compensatory damages paid to High Tech would be $500, which is the economic loss they suffered. Ten hours plus $50 per hour.

If High Tech, LLC breached the contract and Mr. Smith was forced to hire another service for $60 an hour, compensatory damages paid to Mr. Smith would equal $100 ($10 an hour times 10 hours, the difference in price between the original contract and the new contract).

For example, say a retail store buys customized software to run its cash registers and inventory system. One day the system breaks down completely. As a result, the store must close for the day to repair the system. The store’s loss of business for that day is a consequential damage of the broken contract.

Have questions about what you just read? If liquidated damages are being included in your NJ contract, or if you are threatened by a breach of contract in NJ, then contact Fredrick P. Niemann, Esq. toll-free at (855) 376-5291 or email him at fniemann@hnlawfirm.com. He welcomes your inquiries. He’s here to help you with your contract issues with advice.