Defenses to the Enforcement of a NJ Contract 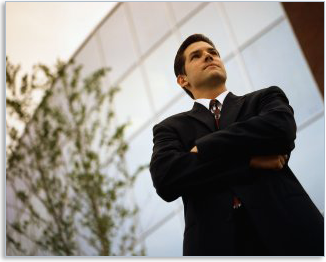 Often, people enter into a contract and then want out. Maybe they underpriced the job, the price of materials unexpectedly went up, or a key employee resigned. Once it is determined that there is a contract, it must be determined whether there are any defenses to the enforceability of the contract. There are some defenses that make a contract unenforceable (void) and other defenses that give the parties the option to withdraw from the contract or to enforce the contract. Let’s look at them.

Do the Parties to the Contract Have Legal Capacity?

Now that sounds like a mouthful, but it’s quite elementary. Let me explain. In order to be bound to a contract, the parties must be deemed legally competent. Underage persons and persons who are mentally ill usually are not held to the contracts they enter. A similar concept involves corporations who fail to properly register to do business in New Jersey. Be careful on this point because it can open the signer to personal liability under the contract.

Mistake, Duress, and Fraud; the Most Commonly Used Defenses in a New Jersey Contract Dispute

A Mistake by both parties to a contract on an important issue makes the contract unenforceable. A mistake means an error or misunderstanding of a material fact contained in the contract. However, a mistake by only one party does not necessarily make the contract void.

Duress is physical force or mental pressure used by one party to make the other party agree to the contract. Duress is considered to affect the fairness and independence of the contract. The use of duress makes the contract voidable by the party put under duress. If, for example, I need credit to launch a product and I tell that to a party with money to lend, if I’m desperate and the creditor charges 20% interest, that’s likely economic duress.

Unconscionability of the Underlying Contract; It’s Hard to Establish but Very Effective if Proven.

A contract may be unenforceable if it is found by a court to be flagrantly unfair. This defense is usually found in consumer cases, in which a person buys an item under terms so grossly unfair to the customer that the court refuses to enforce the contract.

Statute of Frauds; Put Your New Jersey Contract in Writing or Face the Risk!

The law of contracts often refers to a legal term called the Statute of Frauds. This is a complex term which mandates that certain types of contracts be in writing, if they are to be enforceable. The defense that the contract falls within the Statute of Frauds means that the agreement must be shown to be “in writing” and contain certain minimum terms and provisions in order to be legally enforced in court. In the absence of such writing, the legal proceeding to enforce the contract will be dismissed.

What type of contracts fall within the Statute of Frauds?

The writing required in a contract for the sale of goods need not be a formal contract. It can be a memorandum, e-mail, letter or note to indicate that a contract was made, and its terms.

Sometimes a writing is not required if the product to be manufactured is especially for the buyer and is not suitable for sale to others in the ordinary course of business. These are special and unique exceptions to the law on SOF’s that require especially good facts to win.

Illustration. If a custom furniture manufacturer enters into a contract to manufacture furniture according to the specifications of the buyer, his commitment does not have to be in writing to be enforced, if clearly proven.

As you can see, there are many potential defenses that can be alleged to avoid performance of a contract. But I have not listed every possible defense, only the major defenses. If you’re caught up in a contract that needs to be defended for or against its terms, you need to contact me. Together we can figure it out.

If you have any questions about defenses to a New Jersey contract, then please contact Fredrick P. Niemann, Esq. at fniemann@hnlawfirm.com or call him toll-free at (855) 376-5291.