A Beginner’s Guide to Understanding Contract Law in New Jersey 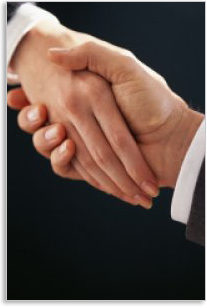 How often have you heard that phrase, or maybe this phrase… “that’s not the agreement I made”? Perhaps no area of the law in New Jersey has been more discussed than contracts, especially when a contract is disputed, breached or being enforced.

Introduction to Contracts in New Jersey

To understand contracts in NJ, you need to know the basics of a contract and New Jersey contract law, including the legal definition of a contract.

Simply stated, a contract is a legally enforceable agreement (a promise) between parties to do something or not to do something. Business people, private individuals, consumers and corporations enter into contracts every day for many reasons.  For example, an agreement to buy a car or home typically includes a contract. If one hires a contractor or a service provider or purchases a product, a written or verbal contract exists.

Once a contract has been created, it must then be determined if there are any defenses that call into question the contract’s validity and enforceability should a dispute develop.

Finally, if there has been a breach of the contract, there is a question of whether a party is entitled to money damages or other relief under NJ contract law.

Since our meeting, I have learned that the deal was, in fact, a scam and that I would have lost my entire investment. The straight talking highly investigative nature of Mr. Niemann’s questioning and insight coupled with his significant past business experience was of invaluable help to me.
Scott Buongiovanni Freehold, New Jersey

WARNING! BEFORE YOU SIGN A CONTRACT IN NJ, READ IT, UNDERSTAND IT!

One should always read and understand a proposed contract before signing it and being held accountable to its terms and conditions.  As you continue reading, you’ll appreciate the free advice I just gave you.  Read the entire page and understand what it means to you.

I own several small businesses. I’m good at what I do but legal matters and dealing with lawyers and legal issues is stressful. I called Fredrick P. Niemann and have developed a great relationship with his lawyers and staff. They have reviewed my leases, negotiated the buyout of my former business partner, handled land use problems in a neighboring county and generally have really been there for me. I really like them personally and professionally. If you are a small business owner, give them a call.

TESTIMONIAL
I hired Fredrick Niemann to handle a detailed contract case. He was referred to me by a friend. Mr. Niemann and his assistants worked capably and thoroughly on my behalf. I appreciate that they copied me on correspondence and developments important to my case. Mr. Niemann is an impressive and engaging professional who is easy to talk to and quick to understand not just the law of contracts but the practical side of business. I recommend his office highly.

Call Fredrick P. Niemann, Esq. toll-free at 855-376-5291 or email him at fniemann@hnlawfirm.com to set up a mutually convenient and low cost consultation to discuss your NJ contract before you sign the dotted line(s) or during its performance, especially if problems start to develop.