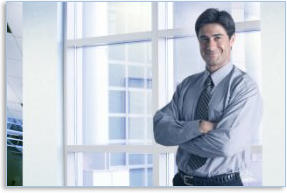 Well, the arbitrator(s) has made his or her decision.  You’re now either “very happy”, “confused” (yes, confused), “disappointed” or “outraged” by the result.  So, is that the end of it?  The short answer is “no”(!) You have to confirm the arbitrator’s award or decide if you can successfully appeal the arbitrator’s decision.  New Jersey law has a statutory arbitration appeal process.

APPEALING OR CONFIRMING AN ARBITRATOR’S DECISION IN NEW JERSEY

A party to an arbitration may, within 3 months after the award, commence an action for the confirmation of an award or for its modification, correction or avoidance.

The courts in NJ are required to confirm an arbitration award unless there are legal reasons not to. Once a court confirms the arbitration award, the award becomes a legal judgment, subject to enforcement and execution against the losing side.

If the other side refuses to pay or follow the arbitrator’s decision, you should speak to an experienced arbitration attorney before spending significant additional money. Contact Fredrick P. Niemann, Esq., an experienced NJ arbitration law attorney, toll-free at (855) 376-5291 or email him at fniemann@hnlawfirm.com to discuss the enforcement of a NJ arbitration award. You will find Mr. Niemann easy to talk to and objective in offering his professional opinion.

Can You Appeal and Vacate an Arbitration Award?  The Answer is Yes, but the Grounds for Appeal Are More Limited

The grounds for vacating an arbitration award are generally limited. A court can vacate an award when there is:

a. Fraud or undue means by either party to the arbitration;

b. Bias and partiality by the arbitrator;

c. Where the arbitrator refuses to postpone a hearing, upon good cause shown or refuses to hear material and relevant evidence to the controversy, or of any other behavior prejudicial to the rights of any party;

The Supreme Court of NJ has offered some guidance on the appealability of a NJ Arbitration Award when in a published legal decision; it stated the following:

“Judicial review of an arbitrator’s decision is extremely limited under the New Jersey Arbitration Act. A court will not overturn an arbitrator’s decision for mistakes of law or fact, as long as the arbitrator and his or her decision were not corrupt in any way and the arbitrator did not exceed his or her powers. The parties are free to expand the scope of judicial review by including in their contract that an arbitrator must make their decision in conformance with New Jersey law, and that such awards may be reversed for mistakes of New Jersey law or for gross mistakes of fact-finding or procedure, but they must define those criteria in their agreement.  Here again is the key language.  Including safeguards and mechanisms for appealing unjust or outright poor arbitrator awards in mandatory arbitration clauses or arbitration agreements.

What Are the Grounds to Seek a Modification of an Arbitration Award in NJ?

Say you either won your hearing or lost portion(s) of your claim(s) or defenses.  Can you still appeal and if so, how?  The New Jersey Arbitration Act offers three grounds to modify or correct an arbitration award. They are:

a.   A miscalculation of figures;

b.   When the arbitrator makes an award on an issue not before him/her and outside the scope of the arbitration; and

c.   Where the award is so poorly written and unclear as to its terms that further clarification is necessary to enforce its provisions.

Only in those limited instances will a court in NJ modify or correct an arbitration award, and then only to effectuate the substance of the arbitrator’s decision.

Having read this site, hopefully you now see why having an experienced arbitration law attorney is so important, especially early on if you can influence the drafting a mandatory arbitration provision under your contract.  If you require advice on an arbitration matter, contact NJ arbitration attorney Fredrick P. Niemann, Esq. at toll-free (855) 376-5291 or email him at fniemann@hnlawfirm.com.