Are You Heading to Arbitration in New Jersey?

Be Prepared for Arbitration Hearings and Disputes!

What exactly is arbitration and how should you approach it?

An experienced arbitration attorney can help guide you through the differences between arbitration practices and procedures and traditional cases through the court system.  Why is that important to you?  Because arbitration is different than litigation in many ways, an experienced arbitration lawyer knows how to strategize your case in a way other lawyers do not.  Because an unfavorable arbitration award is so difficult to reverse on appeal, I urge you to contact us to discuss your case.  At Hanlon Niemann & Wright, you will find our attorneys and staff to be attentive, diligent and focused on winning your case, and giving you sound advice that our 40+ years of experience can offer.

Since our meeting, I have learned that the deal was, in fact, a scam and that I would have lost my entire investment. The straight-talking highly investigative nature of Mr. Niemann’s questioning and insight coupled with his significant past business experience was of invaluable help to me.
Scott Buongiovanni Freehold, New Jersey

Let me give you some vocabulary terms and general background first.

Arbitration has been defined as the “voluntary referral of a dispute to … an arbitrator or arbitrators chosen by the parties who agree the decision will be final and binding upon them.” Arbitration is an agreed-upon substitution of the legal system with an alternative decision-maker(s).

Arbitration and alternative dispute resolution (“ADR”) are today commonly used to resolve disputes.  Litigation in the traditional courtroom setting can take many years to resolve and the costs of litigation are high. Parties to disputes have created alternative venues for the courts.  Sponsors of mandatory arbitration as a means of dispute resolution are often afraid of jurors and hostile judges.

“A provision in a written contract to settle by arbitration a controversy, whether the controversy arises out of contract or otherwise, shall be valid and enforceable, except as may otherwise exist at law or in equity.”

Deciding Whether a Dispute is Subject to Arbitration in New Jersey

Perhaps your agreement is unclear whether your disagreement or issue is subject to arbitration.  Maybe you read the contract or governing document in such a way that you are not bound to arbitrate your matter.  If there is a dispute whether the arbitration of a particular issue is mandated under a contract, that dispute must generally be resolved by the courts of New Jersey, subject to the terms of the agreement.  The courts in NJ will read and interpret the arbitration language in the contract and evaluate whether the claim falls within the scope of mandatory arbitration.  However, the court will not initially rule on the merits of the dispute, only whether the case is subject to mandatory arbitration.

Is arbitration in your future? Not sure? Make it easier for yourself. 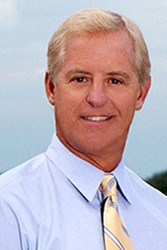 Contact Fredrick P. Niemann, Esq. of Hanlon Niemann & Wright, an experienced arbitration lawyer in New Jersey, toll-free at (855) 376-5291, or email him at fniemann@hnlawfirm.com to schedule a consultation about your arbitration matter. He welcomes your calls and inquiries and you’ll find him very approachable and easy to talk to. Fred Niemann has been approved as a New Jersey Mediator by the NJ Supreme Court.