How Enforceable is a Covenant Not to Compete in New Jersey? 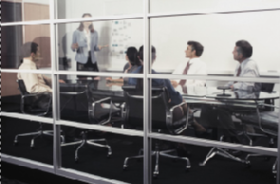 You may wonder whether a written covenant not to compete or a non-competition agreement is enforceable under NJ law.  It’s a fair question, and the answer is often not a straight “yes” or “no”; sometimes the answer is “it depends”.  Sorry, but that’s the truth.

Many employment contracts provide that an employee cannot establish a business or work for a competitor within NJ and/or surrounding states for a specified period and in a specific geographic area after the employment relationship ends. These covenants may also include various other restrictions, such as non-disclosure, non-solicitation of employees and/or customers or an agreement not to use existing customer lists.

The length of time that a restrictive covenant claims to be enforceable should also be closely evaluated.  Restrictions that impose unjustified time and geography obligations are at risk of being nullified or significantly curtailed. Geographical limitations must be established to cover only the territory or competitive market where an employee’s skill and/or knowledge will pose a direct and provable threat to the employer. A general prohibition of all employment and competition against a former employer will not be enforced under NJ law.

There are, however, legitimate employer interests that are recognized in NJ as protectable.  They include:

2) confidential non-public information to which an employee has access, or close relationships with customers; or

3) an employee’s services which are special, extraordinary or unique.  The scope of the restraint sought to be imposed on the employee must be reasonable and based upon an employer’s protectable interests.

The law in NJ on the enforceability of a covenant not to compete and non-competition agreement is highly fact sensitive.  Covenants which are overly broad and/or punitive are not generally enforceable.  Although New Jersey subscribes to the “blue pencil doctrine” (further discussed below and on our previous page entitled “Competing Against Your Employer: Is It Allowed?”), a court will rewrite a restrictive covenant with a lesser restrictive impact to the employee, but covenants which are too overreaching are at risk to being nullified.

A restrictive covenant can be considered reasonable by the courts in NJ if:

b) the time and geographic area of the restriction does not impose an undue hardship on the employee; and

Is the Reason for Imposing a Restriction on Competition and Employment Defensible?

New Jersey has long held that an employer cannot prevent competition.  For an employer to establish that his or her interest is protectable, he or she must establish a commercially important interest, such as private customer contacts, trade secrets or other confidential information which requires protection.

Is the Length of Time You are Seeking to Impose the Restriction on Competition in New Jersey Reasonable?

NJ courts will also consider the employee’s interest which includes the hardship that will be experienced by the employee if he is unable to work in his field.

Is There a Public Interest to Be Protected?

PARTIAL ENFORCEABILITY OF A NJ COVENANT NOT TO COMPETE

The blue pencil doctrine, as adopted by the New Jersey courts, permits a court to limit the scope of a covenant by striking out specific sections of the covenant.  Under this doctrine, a court will effectively, “rewrite” an otherwise unenforceable or overly-broad covenant, if the covenant is physically capable of being amended by striking out the offensive text while still leaving a limited restrictive covenant intact.  The blue pencil doctrine requires counsel to closely evaluate all the facts and competing interests implicated in the language of the covenant.

Restrictive Covenants in the Sale of Business

Whether a business non-compete is reasonable is a fact-specific analysis into the business sold. A business can be a ‘competitor’ if it competes with the one that was sold, complete overlap is not required. The court held the restrictions on competition, preventing the seller from “directly or indirectly” engaging in a host of competing activity, were reasonable. Although the geographic restriction covering the entire United States “requires a closer look,” courts have upheld them to protect a buyer, since the seller manufactured and distributed goods throughout the country.

As of now, there is no legislative attempt to alter the way in which New Jersey courts view restrictive covenants in this context.

An experienced NJ business law attorney who understands covenants not to compete is essential to any proposed blue pencil rewrite by the courts.  Contact Fredrick P. Niemann at the Hanlon Niemann law firm toll-free at 855-376-5291 or email him at fniemann@hnlawfirm.com to advise you if such a doctrine is applicable to you.  It bears repeating that a legal review and analysis of a proposed or threatened covenant not to compete should be undertaken by a qualified NJ covenant not to compete law attorney.