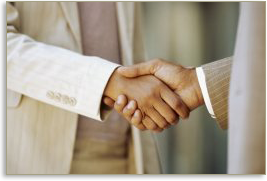 A frequently asked question by an unhappy employee, entrepreneurial employee and/or former business owners is, “Can I go into competition against X, Y or Z?”  Most times these individuals have made a conscious decision to leave or are contemplating leaving their jobs and starting up a new business or working for a competitor but are afraid they may get sued because they are subject to a non-competition agreement.

It is important that you understand that even in the absence of a written restrictive covenant, under NJ law, an employee must be loyal to his or her employer while he/she is employed.  An employee cannot actively compete with his or her employer during his/her current employment.  The employee may not solicit customers, co-workers, or appropriate the trade secrets of his current employer for other than his/her employer’s economic benefit.  This duty does not, however, prohibit an employee from planning to compete with his employer before and after their employment terminates.  Thus, there are ways to circumvent what appears to be a blanket prohibition.  The key words are “planning to compete”!

While still employed, an employee may undertake the necessary planning to compete with his employer even to the extent of establishing a business designed to compete once he or she is no longer employed .  New Jersey cases have held that an employee does not have to reveal his competitive plans to the employer while employed.  However, an employee’s rights are limited to “mere” preparation only.  This right does not extend to starting a competing business or assisting a competitor while still employed by the employer.

Restrictive Covenants and Non-Competition Agreements Must Be Reasonable

New Jersey has recently enacted legislation that will significantly limit the enforceability and scope of restrictive covenants in New Jersey.  To be enforceable against a former employee, a non-competion agreement must be reasonable, in that it protects the legitimate interest of an employer, imposes no undue hardship on the employee, and does not impair the public interest. The threshold inquiry is, therefore, whether a protectable interest exists; that is, that the covenant is not meant to only prevent competition. Most courts limit employers’ “protectable interests” to trade secrets, proprietary information, and customer relations. If the employer’s interest cannot be considered proprietary, courts will decline to enforce a non-compete protecting that interest. The courts will balance the employer’s interest in protecting proprietary and confidential information with the hardship imposed upon the employee. A non-compete restriction creates undue hardship for an employee if its time limit and geographic scope are overboard.

What Will the Court Do With Your Restrictive Covenant Not to Compete?

Courts have significant latitude to modify a restrictive covenant to make it reasonable, rather than hold it is unenforceable. Judges can modify geographic areas, time restrictions, and scope of activity that exceed the boundaries needed to protect and employer. But enforcement of restrictive covenants in New Jersey is still a fact-specific endeavor, making it difficult at times to predict whether a non-compete will be enforced against a particular employee or competitor.

The New Jersey Legislature first attempted to modify the standard governing restrictive covenants that would ban a non-compete for workers eligible who as a result filed for unemployment compensation. The rationale was that workers who lose employment benefits through no fault of their own should not be prohibited from seeking other employment. That bill did not make it out of the Assembly Labor Committee. However, another attempt to limit restrictive covenants has appeared on the horizon, fueled by the national trend to limit the use of such provisions.

New Jersey introduced sweeping restrictions to limit the enforceability of non-competes. The law states that the Legislature finds and declares restrictive covenants “impede the development of business in the State by driving skilled workers” out of New Jersey, “discourages innovation and production, imposes special hardships on employees…and constitutes a restraint of trade and commerce,” and that “limiting such agreements will stimulate New Jersey’s economy.”

The bill severely limits an employer’s ability to not only enforce, but even enter into a restrictive covenant with employees. Additionally, the law has teeth in the form of monetary penalties for lost compensation, liquidated damages, and reasonable attorneys’ fees and costs for employers seeking to enforce restrictive covenants that run afoul of the bill’s requirements. As a threshold matter, the law explicitly bans the use of non-competes altogether for nine categories of employees; 1) those who are ‘non-exempt’ under the Fair Labor Standards Act; 2) seasonal or temporary workers; 3) employees who were laid off or terminated without good cause; 4) low-wage employees; 5) undergraduate or graduate students who take short-term employment while continuing their education; 6) apprentices in a program registered with the Department of Labor; 7) independent contractors; 8) employees whose period of employment is less than one year; and 9) employees under the age of 18. However, the bill does not stop there.

These requirements drastically limit, if not eliminate, a court’s ability to limit overly broad agreements. Further, it eliminates regional or nationwide restrictions.

The law also imposes on the employer a notice requirement. Specifically, the employer must notify a departing employer within 10 days if it intends to enforce the restriction. Failure to provide the notice voids the agreement.

Are you an employee or business owner in NJ where a restrictive covenant or covenant not to compete is threatened or is already an issue?  If so, it is imperative that an experienced NJ business law attorney review your non-competition agreement and related paperwork with you to protect your interests.  Reach out for Fredrick P. Niemann, Esq. by calling toll-free (855) 376-5291 or email him at fniemann@hnlawfirm.com.  Hanlon Niemann is a New Jersey law firm that understands the law on covenants not to compete in NJ.  Our covenant not to compete lawyers appear weekly before the Superior Courts in Monmouth, Ocean, Middlesex, Mercer, Union, Burlington and all 21 counties throughout New Jersey.