How the Juvenile Court System in NJ Works 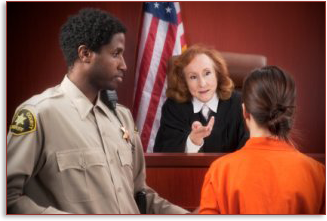 The juvenile court system in New Jersey is unique from every other type of court in New Jersey. Even the adult criminal courts are distinguishable from the juvenile courts for a number of reasons. The New Jersey Justice system is aware that children are often immature and lack the same mental capacity and decision making as adults. This is one of the reasons that the state has established a Juvenile Court system that focuses on rehabilitation of the young offender, rather than punishment. Courts want to take child offenders and reform them by ensuring they receive the support, discipline and guidance they often need. This of course still involves balancing the rehabilitation of the juvenile with the safety of the community and accountability for one’s own actions. Nonetheless, the rehabilitation goal of the juvenile courts differentiates them from the adult court system, in which the goal is punishment of offenders for crimes they have committed. It is important that juveniles and their parents understand the benefits and take advantage of the Juvenile Courts’ intent to rehabilitate rather than punish. That of course presupposes the young person is an appropriate subject for rehabilitation.

The Juvenile Court is a part of the New Jersey Superior Court. Every county in New Jersey has a juvenile division of the New Jersey Superior Court. Its Judges are full time members of the New Jersey judiciary who serve at the pleasure of the county assignment Judge. The court is where trials and hearings are held relating to offenses, misdemeanors and crimes committed by juveniles. Juveniles are individuals who are under the age of 18 when the alleged crime was committed. Juvenile Courts are similar to adult Courts in that they are the forum where young individuals can be judged on their guilt for which they are charged. Present in court is a county prosecutor assigned to the juvenile court and a defense attorney retained to represent the accused juvenile as constitutionally required, as well as a judge who presides over the case. In this procedural and representational context, the Juvenile Court and adult courts are similar, but they also are different in many other ways, which will be discussed below.

One of the most common misconceptions about the Juvenile Court System is that juvenile offenders are tried in the same courtrooms as adult offenders. Generally speaking, most juvenile offenders are tried in family court, with the case presided over by a family court judge. This of course is different than adult criminal offenders, who are tried in criminal court by criminal judges. There are, however, extreme circumstances in which a prosecutor may request, and be granted, the right to waive the case up to adult criminal court even when the accused is under age 18. Although this can result in a juvenile being sent to adult prison, it also guarantees the right to a trial by jury. Whether to fight or consent to a waiver is up to the family and the attorney for the accused and should be handled appropriately by both.

How Does the Juvenile Court System Work?

The juvenile justice system is somewhat similar to that of adult court criminal justice. Cases will be presided over by a judge. The prosecutor presents evidence against the juvenile and the juvenile is represented by a defense attorney who argues on behalf of the accused. The juvenile must be represented by a defense attorney. This is mandatory in New Jersey. Neither the juvenile nor a parent is allowed to waive the right to counsel, as an adult defendant is able to do in adult court. Juveniles cannot plead guilty to avoid hiring an attorney. Procedurally, juvenile cases are governed by New Jersey Court rules based on a set of procedures that are unique to the adjudication of juvenile cases.

Juvenile Court cases are held in the county where the underlying offense allegedly occurred, not the county where the juvenile resides. All cases are conducted in a closed courtroom, with only interested parties such as the parents of the juvenile and victims of the alleged crime being permitted to enter. The public is not allowed to be present. All records associated with the trial of the juvenile are considered confidential, including legal, medical, and law enforcement records.

How is Juvenile Court Different from Adult Court?

As previously mentioned, the goal of the Juvenile Courts is rehabilitation, as opposed to punishment of offenders. These Courts will often detain a minor offender until they are fully evaluated by professionals as to whether they pose a danger to themselves or the community. Juvenile Courts focus on making sure the child is prepared to return to their home, school, and the community before they are released. Making sure the child becomes a productive member of society and not a future criminal is important to the Juvenile Courts. This distinguishes them from adult courts, where the emphasis is about finding innocence or guilt and then punishment for wrongdoings.

There are many unique laws and procedural guidelines and formalities pertaining to the New Jersey Juvenile Court system that distinguishes it from adult criminal court. You should consult a knowledgeable NJ juvenile court attorney to ensure your child receives proper representation.

While the Juvenile Courts are similar to adult criminal court by determining the guilt or innocence of a person, the process, procedures, rules, laws and overall philosophy of the Juvenile Court system remains unique. If your young child or family member is accused of a crime, it is important that you seek the representation of an experienced Juvenile court Attorney, someone who is familiar with the unique set of rules pertaining to juveniles. Please contact Fredrick P. Niemann, Esq., a NJ Juvenile Court Attorney today toll-free at (855) 376-5291 or email him at fniemann@hnlawfirm.com. He welcomes you to his office to discuss your matter. All communications are strictly confidential.