Penalties for Convictions in Municipal Court 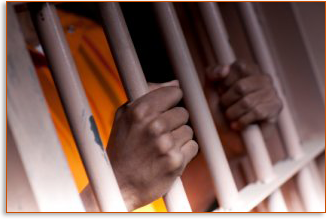 It is important to know what penalties you may potentially face if you are convicted of a crime in Municipal Court. After all, knowing what punishment you may be up against can affect your entire strategy for your case. Some individuals would rather defend themselves instead of attempting to negotiate a plea deal if they know the potential punishment is only a fine. Those same individuals might be more inclined to negotiate a plea deal with the prosecutor if they know they are facing a potential six-month jail sentence. Knowing the potential punishment you are facing can thus have serious implications on your future. It is important to include these penalties when you are analyzing your case strategy before you go to trial. Make sure to have an experienced Municipal Court attorney is familiar with the laws and penalties for violating them.

New Jersey laws are unique in dealing with Municipal Court penalties. Some statutes provide mandatory punishment minimums, while others leave the penalties entirely up to the Judge presiding over the case. With Judge discretion playing such a key factor in many sentences, it is important to hire an attorney who is not only familiar with Municipal Court laws, but familiar with the Judges who try the cases as well. Some Judges may be more lenient in their sentencing, while some Judges may have a knack for giving harsher penalties for certain crimes. This can undoubtedly affect how you should approach your trial. Make sure your attorney advises you of the potential and likely penalties you may face if convicted and stress that they do some research on the Judge trying your case.

The penalties listed below are those typically handed out for Municipal Court crimes. As mentioned before, some of these are proscribed by statute, requiring the Judge to give a certain sentence within the listed time period or a certain fine. However, many of these penalties are typically discretionary and may depend on how well your case is presented. During the sentencing phase of your trial, a Judge may consider what are called “mitigating factors”. These are essentially good characteristics about you that show the judge he should provide leniency with your punishment. It is therefore important to have an experienced Municipal Court Attorney who knows what the Judge is looking for in order to get you the most favorable penalties possible.

Here are the typical penalties for Municipal Court crimes.

For many of these crimes, there is no guarantee you will be subject to the penalty listed. Many penalties are based on the defendant’s unique situation. Please consult a qualified Municipal Court attorney who can lay out the potential punishment you may face if convicted of a crime in your unique situation.

One common penalty that all convictions in Municipal Court have in common is a permanent criminal record.

Convicted defendants will permanently be branded by a mark on their record that shows the crime they were arrested and convicted of. Schools you are applying to, potential employers, and law enforcement officials, among others, can all look up this record. Needless to say, a Municipal Court crime conviction can have adverse effects on you and your future. This arguably is the most significant penalty one will receive if convicted of a crime.

Municipal Court Judges have lots of discretion in handing down punishment on guilty defendants. Many times, punishment will be influenced by the Defense Attorney’s presentation of the client’s case. Qualified attorneys know what judges are looking for. It is also important to have an experienced Municipal Court attorney who is aware of New Jersey laws and penalties associated with those laws because this often affects the approach that one should take to the case, whether it be to attempt to negotiate a plea deal with the prosecution or put forward a defense at trial.

Please call Fredrick P. Niemann, Esq., a knowledgeable NJ Municipal Court Attorney today at (855) 376-5291 or email him at fniemann@hnlawfirm.com. He would be happy to discuss your matter with you.