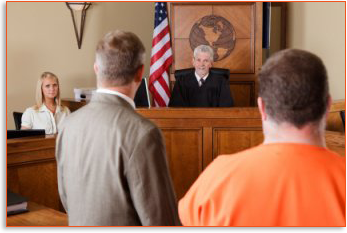 As you have read on this site, the goal of the Juvenile Court system is rehabilitation rather than punishment. Penalties imposed upon Juveniles found guilty of a crime or offense are different than with adults as are the sentencing guidelines handed down on guilty pleas. While a Juvenile Court has the power to impose many of the same penalties as adult criminal court, the different philosophy of the Juvenile Court often leads Judges toward sentencing a juvenile to a youth detention centers, house arrest, diversion programs, fines, probation and community service rather than sentencing to a jail. But this is not always the case. It is possible (and does happen) that a juvenile is sentenced to a Juvenile Detention Center, significant fines and penalties are imposed and for serious crimes, to adult prison. The sentencing and punishment phase are critical to have legal representation. It is important to seek the assistance of a Juvenile Court attorney for your child  to ensure that he or she receives a favorable outcome focused toward rehabilitation.

If my child is found guilty, what potential punishment is he or she subject to?

As previously mentioned, the Juvenile Courts have the ability to sentence your child to most of the same penalties as an adult court. This is serious stuff. Fortunately, with proper guidance, the Juvenile Courts can be persuaded to focus on rehabilitation rather than punishment. The system is built on the idea that punishment should serve the best interests of the child.

Often times it is not in the best interests of the child to be detained in a jail or prison with adults, unless the crime is of a very serious nature, or there has been a high rate of recidivism. Therefore, juveniles will usually not be sentenced to an adult detention center. However, it is common for some juveniles to be sentenced to time in a juvenile detention facility. These facilities are referred to as Juvenile Detention Centers or Youth Detention Centers. They exist in each county in New Jersey.

Will my child be punished by having the arrest or convictions appear on their permanent record?

When a juvenile commits a crime, the arrest will go on their record. If they are found guilty or plead guilty to the crime, the conviction will also go on their record. The arrest and conviction will remain on their record throughout their life, unless they get it expunged. However, juvenile records are all sealed. This means that their arrest and conviction as a juvenile cannot be accessed by employers, schools, etc. There are certain exceptions to the “sealed” rule such as if the individual is applying for a law enforcement position, military and certain licensing professionals.

Overall, Juvenile Court sentences are usually different from adult court sentences because they are focused more on rehabilitating vs. punishment. Having an experienced Juvenile Law Attorney can help you in assuring your child they receive the most favorable sentence the Court is willing to offer them.

He welcomes your family together to discuss the difficulty facing your child.