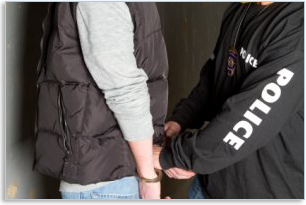 Contempt and Violations of Restraining Orders (Final or Temporary)

A contempt charge under the Domestic Violence Act means that a restraining order entered by a court is alleged to have been violated. It is the state’s method by which a Final (FRO) or Temporary Restraining Order (TRO) is enforced. A contempt charge is either “criminal” or “civil” depending on what part of the Final Restraining Order (FRO) or Temporary Restraining Order (TRO) the accused has allegedly violated. Generally, violations of a “stay away” provision of the FRO is treated as a criminal contempt charge which can result in being thrown in jail, while other violations of the non-injunctive portions of the FRO (ex., non-payment of compensatory damages or rent/mortgage, personal property orders, and visitation orders) result in potential civil sanctions imposed by the court.

When the victim claims that the aggressor violated a portion of a restraining order, a domestic violation professional must independently recommend whether the matter should proceed criminally or civilly. The police or county sheriff officer will serve the accused with a notice of motion or a signed order to show cause together with a copy of the TRO or FRO that is alleged to have been violated.

If it appears that you have violated the stay away provision of the restraining order, the county prosecutor’s office will also potentially get involved by having the criminal process initiated by law enforcement personnel. Thus, there are three different legal departments who can or may respond to criminal violations: the local police, the county prosecutor, and the courts.

Under New Jersey law, you are presumed to be in contempt of court and subject to a criminal contempt charge when you violate a Temporary (TRO) or Final Restraining Order (FRO). Our statutes lay out the procedure to be followed by the police when probable cause exists to believe that a restraining order has been violated. Simply stated you get arrested. The law reads in relevant part as follows:

“A violation of a Restraining Order constitutes a criminal offense under subsection b. of N.J.S. 2C:29-9. All contempt proceedings conducted involving domestic violence orders (other than those constituting indictable offenses) are to be heard by the Family Part of the Chancery Division of the Superior Court. All contempt proceedings will be subject to rules and guidelines established by the New Jersey Supreme Court to guarantee the prompt disposition of criminal matters. Additionally, and notwithstanding the term of imprisonment provided in N.J.S. 2C:43-8, any person convicted of a second or subsequent non-indictable domestic violence contempt offense shall serve a minimum jail term of not less than 30 days.”

Contempt of Court by violating a Restraining Order

“A person is guilty of a crime (4th degree) if that person purposely or knowingly violates any provision in an order entered under the provisions of the “Prevention of Domestic Violence Act ” or an order entered under the provisions of a substantially similar statute under the laws of another state or the United States when the conduct which constitutes the violation also constitutes a crime or a disorderly persons offense.”

Probable Cause to Arrest: Law Enforcement Must Arrest the Aggressor

If there is a concern about aggressive behavior caused by a violation of a (FRO), the victim is often advised to keep the restraining order on his or her person at all times so that the police are able to appropriately respond when the accused claims the absence of a violation. A law enforcement officer must, however, arrest the aggressor when the officer finds that there is probable cause that an aggressor has committed contempt of a domestic violence restraining order.

When a law enforcement officer finds probable cause of violation of mutual restraining orders but cannot determine who is “at fault”, the officer may arrest both parties for criminal contempt. Most police officers are unwilling to act as both the judge and the jury in situations involving violations of mutual restraining orders. The easiest solution many times is to have both parties arrested and let the system resolve the issue of “fault”.

If no law enforcement officers are involved at the time of the alleged violation, or if a law enforcement officer determines that there is no probable cause to arrest, the victim may still file a criminal contempt charge at the Family Part of the Chancery Division of Superior Court. If a police officer determines there is no probable cause to find a violation of a TRO or FRO, he or she will advise the victim of the procedure for completing and signing a contempt complaint with the court system.

Notice & Knowledge of the Restraining Order

To be convicted of this offense, a court is required to confirm that you knew of (or recklessly disregarded) and had notice of the existence of the Temporary (TRO) or Final Restraining Order (FRO) before deciding whether a violation of the order occurred. Accordingly, if you were not served with a copy of the restraining order or otherwise notified of its existence, you should not be held guilty for violating the order. The defense of lack of notice does not apply, however, where your lack of personal knowledge is unreasonable and under such circumstances as you reasonably knew or should have known that the restraining order was in existence but you simply chose to ignore it to escape a “technical violation”.

If a probable cause is found to exist of a contempt violation, the police officer will transport the aggressor to the nearest police station or other appropriate place. After that, the officer will:

In most instances of domestic violence, an accused is entitled to bail. New Jersey Court Rules govern how bail is set. It is important to understand the purpose of bail. The purpose of bail is to ensure a defendant’s appearance in court while his or her case is pending in the court system. The same rationale applies to charges of domestic violence.

The courts are generally guided by what is called the Statewide Bail Schedule. This schedule of suggested bail ranges for domestic violence contempt charges are as follows:

Jurisdiction of Contempt Charges in the Family or Criminal Court

“Venue”, Which is a Fancy Term for Where the Case Will be Heard

Here’s an Example: Victim A receives an FRO in Monmouth County, NJ where she and the aggressor both reside. Victim works in Philadelphia. Aggressor travels to Philadelphia, where he assaults her.

Result: The victim must file a contempt complaint in Pennsylvania despite the fact that both parties live in New Jersey. The aggressor may be able to evade prosecution by staying out of Pennsylvania.

Prosecutor, Criminal Violations and the County

A County assistant prosecutor is assigned to all criminal contempt violation charges regardless of whether the case is heard in family or criminal court. New Jersey criminal law contains a general criminal contempt section. An accused person is guilty of a fourth degree criminal offense if he or she willingly disobeys any court order, nor just a domestic violence restraining order, or otherwise hinder the effectuation of a court order.

The penalties prescribed under state law for violating a restraining order often depend upon the circumstances and context in which the alleged violation occurred. Remember that while a conviction under the domestic violence laws provide for significant penalties, financial fines and periods of incarceration, there are in addition to these penalties a separate and independent schedule of fines, penalties and jail time for violation of the TRO or FRO. For example, if you committed a Second Degree, Third Degree, or Fourth Degree Offense by violating the order, like Assault, Stalking, Harassment, Simple Assault, or Terroristic Threats, then you are also subject to the penalties associated under the domestic violence laws contained at N.J.S.A. 2C:25-30 and N.J.S.A. 2C:29-9. These laws impose mandatory jail time of at least 30 days for a second violation of a restraining order. This is a minimum mandatory sentence and not a recommended sentencing guideline. In fact, since a violation of a Final Restraining Order is a Fourth Degree Offense you can be sentenced to jail for up to eighteen (18) months if convicted. The potential period of incarceration escalates when a Second Degree, Third Degree, or Fourth Degree, act of domestic violence is charged and a conviction results. Given the significance of these penalties, it is imperative that you retain an experienced and knowledgeable New Jersey domestic violence attorney to defend them as early on as possible.

Contact me personally today to discuss your violation of restraining order charge. You’ll find the members of our office to be easy to talk to, very approachable and we can offer you practical, legal ways to handle your matter. You can reach me toll free at (855) 376-5291 or e-mail me at fniemann@hnlawfirm.com. I welcome your inquiry.