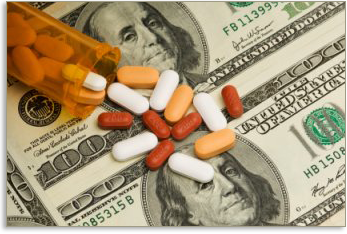 Municipal Courts handle a lot of minor drug offenses every year. Rather than overload the state criminal court system with drug offenses such as possession of marijuana for example, New Jersey instead allows its Municipal Courts to decide these cases. While the term “Municipal Court” seems less serious, the implications arising from your case are not and your conviction will become part of your permanent record and can result in jail time. This means that all Municipal Court cases must be taken seriously. Seeking representation of an experienced Municipal Court Attorney is highly recommended.

At Hanlon Niemann & Wright, we fully realize that your Municipal Court case is serious stuff. We will treat it just as serious as you do. Even a minor drug possession charge can significantly impact many aspects of your life later, such as getting a job or getting into a school or graduate school. It is our job to help you obtain the best possible outcome in your case, whether it be pleading you to a lesser charge to eliminate the risk of a conviction or taking your case to trial to prove your innocence. Perhaps our skill will be evident in fighting to obtain for you the most favorable sentence as possible. You can count on the attorneys at Hanlon Niemann & Wright to be by your side throughout the entire case, from start to finish.

WHAT TYPES OF DRUG CASES ARE TRIED IN MUNICIPAL COURT?

Municipal Courts have jurisdiction over minor drug cases only. These include possession of marijuana, being under the influence of a controlled dangerous substance, possession of drug paraphernalia, and possession of certain prescription drugs to name a few examples.

Possession of drug(s) charges originate from you getting caught with minor amounts of the drugs in your presence. Larger quantities of drugs in your possession result in a charge of drug distribution, which is conducted in the Superior Court, regardless of the drug possession. This means that only drug cases of a lesser amount or lesser strength will be held in Municipal Court because it involves possession of less serious drugs.

WHAT POSSIBLE SENTENCE DOES A DEFENDANT IN A MUNICIPAL COURT DRUG CHARGE FACE IF CONVICTED?

Municipal Courts are allowed to sentence a convicted defendant to a maximum of six months of jail time. Jail time is often given to repeat drug offenders. First time drug offenders are treated differently, as a general rule. If you’re being charged with minor drug possession and you have never been charged with a criminal offense in New Jersey before, we can often help you avoid any jail time. First-time criminal offenders are presumed to avoid incarceration, meaning that Municipal Courts will defer a jail sentence unless the Judge believes the defendant to be a threat to the community. For second and third time offenders however, a sentence of jail time for up to six months can often be expected.

As far as fines go, a defendant in a Municipal Court drug case can expect to pay a lot of money for simply being charged. These fines can be up to $1,000. For defendants who are convicted of the drug charge, they will be forced to pay additional fines as well, often leading to total fines of over $1,500 for those who are convicted of drug charges in Municipal Court. In addition, those convicted can expect to have their driver’s license suspended for a period ranging anywhere from six months to two years.

WHAT MUST A PROSECUTOR SHOW IN ORDER TO CONVICT ME OF A DRUG CHARGE IN MUNICIPAL COURT?

A Prosecutor must prove that you had both knowledge and intent to possess the drugs. Knowledge can be proven by showing the defendant had actual knowledge of the drugs, in cases where the defendant is caught holding the drugs. Possession can also be proven by showing constructive knowledge, a legal concept that the New Jersey Criminal Courts permit. Constructive knowledge can be established different ways by a prosecutor to show a defendant had “knowledge” of the drugs. Your best bet for your defense is to hire a knowledgeable Municipal Court Attorney who is aware of the elements of a drug case and can make the legal arguments you are not even aware of.

THE ROLE OF A MUNICIPAL COURT ATTORNEY IN A DRUG CASE

A Municipal Court Attorney acts in your best interests at all times, whether it is defending you throughout trial, negotiating with the prosecutor, arranging for a plea deal, or pleading to the judge to give you a favorable sentence. All lawyers have a fiduciary duty to do so. In Municipal Court Drug cases, there are often complex procedural issues associated with the trial and evidence in particular.

A knowledgeable Municipal Court Drug Attorney is able to spot irregularities and missed requirements of law that a prosecutor must follow during discovery, which is the time period where the prosecutor must reveal all of the evidence they intend to use against you. Knowing the proper procedures of Municipal Court that must be followed in the drug charges against you, as well as the production of lab reports related to the drugs seized, chain of custody issues between the police and the lab, etc. is all evaluated by counsel. It is important your attorney know the legal procedures surrounding drug cases and identify any missteps by the prosecution or police, so that they may make a timely objection. In the absence of a timely objection, mistakes by the prosecution that could have favorably impacted your case will be lost when the matter goes to the Court. A good Municipal Court Lawyer should also able to explain the complicated legalese to you in a plain simple English and in a manner that you understand, helping you to be more involved in your case.

IS THERE ANY WAY FOR ME TO AVOID COURT ENTIRELY?

The diversion program is only available one time for individuals and as mentioned before, applies only to certain low-level drug crimes. As a defendant, you will also be required to pay fines and costs associated along with the diversion program.

The conditional discharge program is available based solely on the discretion of the municipal court judge. Therefore, the judge can approve or deny the program based on how he/she feels about your case. Judges will not approve a diversion program for a defendant that they believe poses a danger to the community or who is likely to commit another crime if granted their conditional discharge. Some judges favor the program and some do not. It is, therefore, important your Municipal Court Attorney come prepared with evidence showing that you would be a favorable candidate for conditional discharge program, such as letters from community members, lists of positive actions taken within the community, and reasons why you would benefit from the program. An experienced Municipal Court Attorney is aware of what to show the judge and how to approach the situation.

IF CONVICTED OF A DRUG CRIME IN MUNICIPAL COURT, CAN YOU GET YOUR RECORD EXPUNGED?

Yes, but only after five years. Nobody wants a drug crime conviction on their record, regardless of whether it is for low-level drugs. Such a conviction can harm your chances of getting a job, getting a professional license, or getting into a school for example. Expunging your record gets rid of the conviction, so that when anyone searches your record, it comes up saying “no convictions.” It is therefore important that once you have the opportunity, you hire an experienced attorney to take you through the proper channels to get your record expunged. It is not as simple as filling out a form. Expungement involves an entire court process.

Municipal Court Drug Cases should not be taken lightly. They can have serious implications on your future. Hiring an experienced Municipal Court Drug Defense Attorney can make all the difference. Please call Fredrick P. Niemann, Esq., toll free at (855) 376-5291 or email him at fniemann@hnlawfirm.com. You’ll find him non-judgmental and easy to talk to. He looks forward to speaking with you.