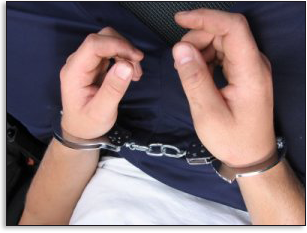 The Juvenile Court systems main focus is the rehabilitation of a young offender, as opposed to the Adult Criminal Court system, which focuses on punishment. More often than not, juvenile court judges find it to be in the best interests of the minor not to be incarcerated, opting instead for detention/rehabilitation, counseling, house arrest, or the topic of this page, probation. Probation involves the supervision of the juvenile by a probation officer, ensuring they follow the orders of the Juvenile Court Judge while remaining in the community. As long as the juvenile abides by the Court’s rules, they will not face further discipline or incarceration.

Probation is a sentencing alternative commonly issued by juvenile court judges because many believe it is best for the young offender to remain in their community. However, many people incorrectly believe probation simply involves the offender calling their probation officer once a week to say hello. This couldn’t be further from the truth.

What Does a Probation Officer Do?

Probation officers will determine the extent of supervision over the juvenile that is necessary, based on their assessment of the juvenile’s needs and risk to the community. The officer also maintains an understanding of the various programs throughout the state that assist offenders, such as community service groups that work with juveniles, helping them become positively active in the community. Probation officers serve multiple roles, which includes seeing the judge’s guidelines of the probation are met, supervising the juvenile, and assisting them in becoming active in the community.

What Happens if a Juvenile Offender Violates the Terms of Their Probation?

Probation officers have a job to ensure that juvenile offenders adhere to sentencing guidelines imposed by the Juvenile Courts. Unfortunately, juvenile offenders sometimes do not listen to these guidelines. What happens when a violation occurs? That depends on what the violation is. New Jersey has set guidelines for probation officers, requiring them to file a “Violation of Probation” (VOP) with the Juvenile Court under certain situations. Once a VOP is filed, the Juvenile Court Judge will decide what to do with the offender, usually opting towards incarceration or placement in a treatment facility.

An experienced Juvenile Court attorney can also defend your child if they are accused of violating their probation. Call Fredrick P. Niemann, Esq. today toll-free at (855) 376-5291 or email him at fniemann@hnlawfirm.com. He will be happy to meet with you to discuss your Juvenile Court matter.