Preparing for the Hearing to Issue a Final Restraining Order 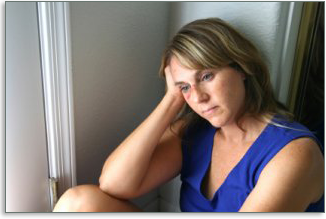 A hearing on whether to enter a Final Restraining Order (FRO) normally takes place between 7 to 10 days after the entry of the Temporary Restraining Order (TRO). Sometimes the court will schedule the FRO even sooner when the accused requests an expedited hearing. Delays in scheduled hearings are not frequent unless the parties appear at the originally scheduled time and request an adjournment in order to seek counsel or when there is an important discovery issue or settlement potential. Often the evidence that is important to the FRO cannot be obtained within 10 days, and because the discovery period is so short between the TRO and FRO hearings, a postponement needs to be requested. Perhaps unique to domestic violence, the Act forbids, rather than encourages, settlement of the case outside of a courtroom.

In preparing for the FRO hearing, the accused needs to understand the long term implications of a conviction. It’s really serious. He or she may have a career or career goal that will be adversely affected by the entry of a Final Restraining Order. Other professions and licensing agencies require background checks, such as those in the medical, education, childcare, law enforcement and others.

The Domestic Violence Act does not provide for Discovery.

A FRO hearing within 10 days of a TRO does not give either side adequate time for discovery to take place. Discovery can only take place with a court order on a showing of “good cause.” Despite this seemingly arbitrary limitation (remember the TRO can remain in effect), certain discovery can still be obtained with a properly issued subpoena duces tecum (for documents) or a subpoena ad testifacandum (for witness testimony). Discovery of evidence is one compelling reason an accused person should have an experienced NJ domestic violence attorney assist them in their defense.

One of the issues that need to be evaluated by your attorney is how a restraining order will affect employment or career goals of the accused. For example, an FRO will greatly damage a person’s career goal such as attending a police academy or becoming an elementary school teacher, nurse, FBI agent, probation officer, etc. Here are some additional issues that your attorney will consider in defending a domestic violence action.

Is the Victim a “Victim” under the Act

One of our very first issues to resolve and the first question counsel should ask is whether or not the victim qualifies as a “victim” under the Act or whether the aggressor can argue that the Act does not apply to this particular person. You may be puzzled by that opening. Don’t be. People lie! People become emotional, especially in close, personal relationships. To come to answer, we might ask, “Did the alleged incident of domestic violence actually take place?”

A second issue to resolve is whether the alleged incident qualifies as one of the 14 crimes considered domestic violence under N.J.S.A. 2C:25-19(a). These crimes include homicide, assault, terroristic threats, kidnapping, criminal restraint, false imprisonment, sexual assault, criminal sexual contact, lewdness, criminal mischief, burglary, criminal trespass, harassment, and stalking. Police reports, photographs, and witnesses with personal knowledge may all be called to testify and/or be introduced as evidence to establish the facts and direct evidence required for the case.

The law in NJ requires the court to consider several factors when deciding the outcome of a final restraining order. Because a court must consider these issues, it is important to examine the parties’ history and any prior allegations of abuse. Sometimes it is advisable to have the accused aggressor file a cross-complaint, but that will require an additional hearing to substantiate the truthfulness of the allegations.

Scheduled for a Final Hearing on the entry of a Permanent Restraining Order? If so, please contact Fredrick P. Niemann, Esq. a knowledgeable NJ Domestic Violence Lawyer today toll-free at (855) 376-5291 or by email at fniemann@hnlawfirm.com. He looks forward to speaking with you.