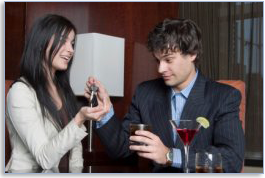 Have you read your local or weekly newspaper lately? Every Monday or so there appears a story about the police raiding a house or neighborhood party and arresting all the kids under 21 for underage drinking. Guess what? Those kids under age 18 are going to Juvenile Court. One of the most prevalent crimes committed by those under 21 years of age is underage drinking. Whether it be for the social aspect, experimentation, or another reason, underage drinking seems to be becoming more and more prevalent among our kids. Unfortunately, underage drinking can have serious consequences even to the parents or adults who supply the alcohol. The law is pretty clear on the charge(s). It reads:

“Any person under the legal age (21) who purchases alcoholic beverages or who knowingly possesses, consumes an alcoholic beverage in any school, public transportation, public place, or place where others are present, or in a motor vehicle, is guilty of a disorderly person’s offense, and must be fined not less than $500”.

If the offense is committed in a car, the court must, in addition to the sentence discussed above, suspend for six months the adolescent’s driving license. Talk about excessive punishment. If convicted under this section of the statute the court is supposed to send a report to the Division of Motor Vehicles. If a person at the time of the sentence is less than 17 years of age, the license postponement, or suspension commences on the day the sentence is imposed and runs for a period of six months after the person reaches the age of 17 years. That means your son or daughter loses his or her license even before they receive it.

I. Possession of Alcohol by a Person Under the Age of 21 on Public Property, in a School, or in a Motor Vehicle

III. Purchase of Alcohol By an Underage Individual on a Licensed Premises

What Penalties Can An Underage Individual Face If Convicted
of Underage Drinking?

Underage Drinking is a serious offense. Many young individuals under age 18 do not fully understand the consequences of their actions and the possible implications that may arise from drinking.

The penalties for underage drinking depend on a number of factors. First, the Court in which the individual will be tried in is determined by their age. Generally, individuals under 18 will be tried in juvenile court, while those 18 and older will be tried in municipal court. A juvenile court still can sentence a young offender to a detention center, community service, and other penalties, but cannot sentence the child to an adult jail. However, for a more major offense, such as underage DUI resulting in the death of an individual, it is possible for the juvenile court to waive jurisdiction up to the municipal court. In these rare instances, the juvenile may be tried and sentenced as an adult.

What Type of Liability Can a Parent Face For Underage Drinking?

If you require legal assistance with an underage drinking charge, contact Fredrick P. Niemann, Esq. toll free at (855) 376-5291 or e-mail him at fniemann@hnlawfirm.com. As a father of four sons, he knows how you feel. He will be happy to answer your questions.