Arrest for Possession of a Firearm by a Minor

Do You Need a NJ Juvenile Court Attorney for Representation in a Case Involving Possession of a Firearm By a Minor? 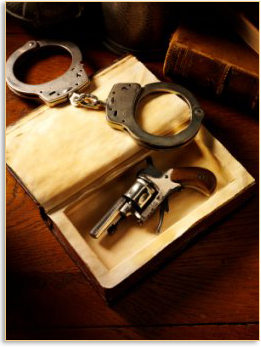 As we all are well aware, young people make mistakes. Whether these mistakes are due to immaturity, peer pressure, or another reason, they often do not reflect the true character of the individual. Fortunately for juvenile offenders, the Juvenile Court system understands this, striving to rehabilitate young juvenile offenders rather than harshly punish them. One must still understand the seriousness of certain offenses, however, particularly possession of a firearm or weapon by a minor. This is one of the most serious offenses that a juvenile may commit and Juvenile Courts, although striving to rehabilitate the offender, take a no-nonsense approach when it comes to firearms, weapons and juveniles.

Many people have a common misconception that with all juvenile crimes, the offender simply gets a slap on the wrist from Juvenile Court. This could not be further from the truth, especially with juvenile firearms cases. Did you know that if an offense is deemed to be serious enough by the Juvenile Courts, it can be waived up to adult criminal court and the juvenile can be tried as an adult, with adult sentences imposed? Even if the case is not waived to Adult Criminal Court, Juvenile Court Judges often give out lengthy, harsh sentences for firearms and weapons cases. It is extremely important that juveniles hire an experienced Juvenile Court Attorney to represent them in every case.

What Does New Jersey Law Say About Minors Possessing Firearms?

Obviously possessing a firearm or unlawful weapon as a minor is illegal. New Jersey has multiple statutes stating such. Depending on the facts of the case, the juvenile can be charged with a number of violations, but the most common is unlawful possession of a firearm or weapon by a minor. New Jersey law indicates that no minor may purchase or possess a firearm of any kind, except under certain listed exceptions such as working for law enforcement. This includes all types of firearms, including rifles, pistols, shotguns, handguns, BB guns, and all other types. The statute also dictates four specific exceptions, in addition to being a member of law enforcement, which a minor may use a firearm. These exceptions are 1) Under the direct supervision of a parent or guardian who has a permit for the weapon, 2) When the juvenile is using the weapon in conjunction with a military drill, 3) When the individual meets requirements at an approved firing range, and 4) When the individual is hunting after receiving a hunting license and passing a safety course.

What Penalties Will a Juvenile Face If Convicted of Possessing a Firearm or Unlawful Weapon as a Minor?

As previously mentioned, “possession of a firearm or weapon by a minor” is a very serious offense. If convicted, the juvenile can face jail time, fines, community service, and counseling, among other penalties. In New Jersey, unlawful possession of a firearm or unlawful weapon is considered a fourth degree offense. By itself, this crime is subject to serious sentencing to be determined by the Juvenile Judge. However, there are also other factors that can make the crime even more serious, resulting in more significant penalties. For example, if the individual brought the gun into school, they will be charged with a third degree offense. If the juvenile is convicted of “possession of a firearm for an unlawful purpose”, this is considered a second degree offense, one which is much more serious than simply possessing the weapon. Hypothetically, if a juvenile brought a gun into school for an unlawful purpose, they could face fourth, third, and second degree crime charges. This would likely result in a lengthy jail sentence and significant fines, in addition to counseling and community service. Once again, the actual sentencing is up to the Juvenile Court Judge, but obviously the more serious the crime, the more significant the penalties will usually be.

One must also remember that the prosecution may ask the Juvenile Court to waive the case up to Adult Criminal Court if the charges are serious enough. The Juvenile Judge will decide whether to allow such a request or not, based on a number of factors such as the seriousness of the offense and the maturity/age of the juvenile defendant. If the case is waived to Adult Criminal Court, the juvenile will be tried as an adult and will face adult sentencing, subjecting them to potential jail time with adult inmates. Hiring an experienced Juvenile Court Attorney is crucial to ensure the rights of the juvenile offender are protected. A qualified New Jersey Juvenile Court Attorney can argue against a waiver, defend against the prosecution’s charges, take advantage of the prosecution’s missteps, and ask the judge for leniency in sentencing.

All juvenile defendants are required to be represented by an attorney. It is important that you choose your Juvenile Court Attorney wisely, as it can have a direct impact on the future of the juvenile. Please call Fredrick P. Niemann, Esq. toll-free today at (855) 376-5291 or email him at fniemann@hnlawfirm.com. Mr. Niemann is an experienced NJ Juvenile Court Attorney who will be happy to assist you in your juvenile court matter. Having raised four sons, he knows how to deal with juveniles. You’ll be happy to find him easy to talk to and very understanding. He looks forward to speaking with you.