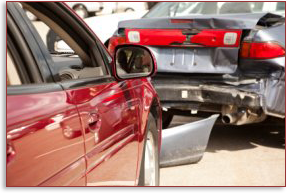 What Must the State of New Jersey Prove

To prove a charge of leaving the scene of an accident, the state must show that you knew that you were involved in an accident. Critical to the charge is that the State can prove your operation of the vehicle. Often this can be established by the testimony of witnesses or by the driver. “Knowingly” (as used in this law) means that you were actually aware that you were involved in an accident or, that given the circumstances surrounding the accident, you reasonably should have known that an accident had occurred. You are deemed to act knowingly if in your “conscience” you were practically certain that your conduct caused the resulting accident. It should also be kept in mind that in those cases where the prosecutor is seeking to impose penalties, fines and possibly even jail time based on the personal injury of an accident victim or significant property damage, these elements must also be established in order to convict you.

Contact me personally today to discuss your pending charge of leaving the scene of an accident. The attorney’s at Hanlon Niemann & Wright are very approachable, easy to talk to and can offer you practical, legal ways to handle your case. You can reach me toll free at (855) 376-5291 or e-mail me at fniemann@hnlawfirm.com.