Do You Need a Municipal Court Attorney to Help Defend Against a Reckless Driving or a Careless Driving Charge? 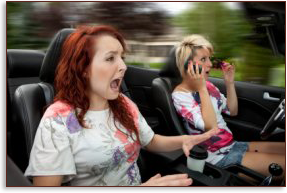 Almost everyone has gotten pulled over at one point or another throughout their life. Probably you were dealing with a brief lapse of concentration; impaired judgment due to road rage caused by another’s driving behavior, or mistakenly thought the speed limit was higher than it actually was. Whatever the reason, Municipal Courts throughout New Jersey hear a ton of driving-related offenses every year. Two of the most common motor vehicle-related charges are for Reckless Driving and Careless Driving. While these offenses sound common, trust us when we say, they are both serious and can carry significant consequences if convicted. It is important to hire an experienced traffic ticket attorney to help defend you against these charges to avoid significant fines, points, license suspension, and possibly even jail time.

What Exactly is Reckless Driving?

What Exactly is Careless Driving?

What is the Difference Between the Two?

A person who drives a vehicle heedlessly, in willful or wanton disregard of the rights or safety of others, in a manner so as to endanger, or be likely to endanger, a person or property, shall be guilty of reckless driving…

A person who drives a vehicle carelessly, or without due caution and circumspection, in a manner so as to endanger, or be likely to endanger, a person or property, shall be guilty of careless driving.

As one can read, these laws are worded quite generally. New Jersey law does not make it clear how to distinguish between the two offenses. In fact, the law gives an unusual amount of discretion to police officers in determining whether your driving was “careless” or “reckless”. Often times the same type of driving may be deemed a different offense based purely on the police officer’s sole discretion. This broad discretion only increases the need for a qualified Municipal Court attorney, who is able to look to prior cases to make sure the officer’s determination is consistent with past court rulings.

The difference between the two offenses is based on officer discretion. Technically speaking, reckless driving is a more serious offense. It is considered a criminal offense and carries with it significantly greater penalties, which will be discussed below. It is also important to note that these charges may be tacked onto other driving offenses that the prosecution believes are careless or reckless in their own right. For example, if one is speeding at a significantly higher mph than the designated speed limit, the police officer is likely to deem this reckless driving and charge you with reckless driving along with the speeding ticket. Other offenses in which reckless driving and careless driving usually supplement the main offense include DWI/DUI charges and leaving the scene of an accident.

What Penalties Can You Face if Convicted of Reckless Driving or Careless Driving?

Since reckless driving is a significant offense, a conviction carries a significant penalty. For a first conviction for reckless driving you may be sentenced to up to 60 days in jail and receive a fine between $50 and $200. In addition, you will receive five points on your license which will undoubtedly increase your car insurance rates. For a second and repeat offender, the penalty increases to up to 90 days in jail and a fine between $100 and $500.

Reckless driving and careless driving are two offenses you do not want to be convicted of in New Jersey. Both can have adverse economic and lifestyle implications, particularly reckless driving which is considered a criminal offense. A skilled Municipal Court attorney can help negotiate a plea deal with the prosecution or defend your case against an extremely broad statute that gives police officers an arguably unfair amount of discretion.

Please call Fredrick P. Niemann Esq., an experienced Municipal Court Attorney, today toll-free at (855) 376-5291 or email him at fniemann@hnlawfirm.com. He looks forward to confidentially discussing your case with you.