Do You Need an Experienced New Jersey Attorney to Defend You Against a Speeding Ticket? 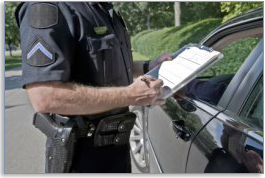 Almost everyone has received a speeding ticket at one point or another throughout their life. These tickets are some of the most frequently issued by the police throughout the state of New Jersey. It is usually easy to find someone speeding, heck, the cops speed all the time and get away with it. Maybe it’s because you were in a rush, going with the flow of traffic in excess of the speed limit, or simply because you did not know the posted speed limit. Additionally, the police can track our speed rather easily. All they have to do is sit on the side of the road and wait for your speeding car to come to them. These speeding tickets provide a great source of income for the state and the municipalities. They are rarely contested, as people would often rather simply pay the fine than go to court.

However, some individuals often want to fight their speeding tickets for a number of reasons. Maybe you were actually going the speed limit and the officer mistakenly gave you a ticket. Maybe you were unfamiliar with the speed limit because of an obstructed sign or no sign. Maybe you simply cannot afford another speeding ticket because of points and insurance surcharges etc. Whatever the reason, the attorneys at Hanlon Niemann are here to help you. We aggressively fight for our client’s rights in all of our speeding ticket cases and will strive to take the best possible course of action for you, whether it be pleading the ticket down to a lesser charge or defending you throughout the entire trial.

What Does New Jersey Law Say About Speeding?

So what exactly are these default speed limitations that the state mandates? First, 25 mph in all school zones when children are around. This includes before and after school and during recess. Second, 25 mph in all business and residential districts and 35 mph in all suburban business and residential districts. Finally, 55 mph in all other locations, except for those provided for in the “65 mph Speed Limit Implementation Act,” which essentially refers to major highways. As previously mentioned, these guidelines must be followed by all municipalities throughout the state unless they receive permission from the state to adjust them.

How Many Points Will I Get On My License for a Speeding Ticket?

Just because you are caught and issued a ticket for doing a certain speed over the speed limit does not automatically mean you will receive the points dictated in the statute, however. The prosecutor must still charge you with the offense and you must be found guilty in order to receive the points. Therefore, it is sometimes possible to plea bargain with the prosecutor. A skilled NJ Speeding attorney is often able to negotiate a deal with the prosecution in which they agree to drop the charge to a lesser offense and therefore fewer points on your license in exchange for your guilty plea. This essentially means you agree to accept the penalty and not fight the charge in exchange for fewer points on your license. Should you consider this? The answer often depends on a number of factors, such as the quality of your attorney, your previous driving record, the sufficiency of evidence against you, and sometimes just the prosecutor themselves. A typical example is when someone is caught doing 15-29 mph above the speed limit and the prosecutor agrees to drop it down to a 1-14mph charge in exchange for a guilty plea. This is favorable to most drivers since 2 points on your license is obviously better than 4 points.

It is important to keep in mind that if you accumulate 12 or more points on your New Jersey license, your license will be subject to suspension. Cases involving defendants who are approaching this 12-point mark on their license present the typical example of when an experienced New Jersey speeding ticket attorney is needed to defend your case. Nobody wants to have his or her license suspended. Since a potential 10 points can come from one speeding incident (speeding and reckless driving for going 30 mph over the limit), a license suspension is unacceptable. You have a right to defend yourself against a speeding ticket. If there is a possibility your license will be suspended, you owe it to yourself to hire an experienced speeding ticket attorney who can defend you against such a ticket. Call Fredrick P. Niemann, Esq. today toll-free at (855) 376-5291 or e-mail him at fniemann@hnlawfirm.com.

If I Receive a Speeding Ticket in Another State, Will I Receive Points on My New Jersey License?

The quick answer is, probably. New Jersey is part of a ticket-exchange program with almost every state in the Country. This program calls for all states to exchange information regarding traffic and speeding violations, among others. This means that whether you are an out-of-state driver who gets pulled over in New Jersey or a New Jersey driver who gets a ticket in another state, you are likely to get points on your license. This makes it even more important that you be sure to handle the ticket appropriately. Thinking that you can escape to your home state and never have to deal with the consequences is wrong and can lead to serious implications. If you receive a speeding ticket in another state, New Jersey likely will find out about it. If the points will result in license suspense, it is in your best interest to fight the points or plead the charge down to get lesser points.

What Defenses Can I Put Forth to Fight My Speeding Ticket?

First off, as previously mentioned, it is in your best interests to plead the speeding ticket down to a lesser offense in exchange for a guilty plea. This results in fewer points on your license, which keeps you further away from a license suspension and probably will keep your insurance rates down. If you cannot plead down the charge whether it is due to a potential license suspension looming or simply because the prosecutor is unwilling to negotiate, there are multiple defenses that an experienced New Jersey speeding ticket attorney can put forth.

As previously discussed, sometimes municipalities enact speed limits without the prior approval of the department of transportation. If the speed limit varies from the New Jersey Speeding statute, without prior approval, then a skilled attorney can often have the charge dismissed.

Another defense put forth by a knowledgeable attorney goes to the equipment used by the officer to detect your speed. Police officers typically use radars or lasers to detect your speed, but this equipment must pass certain qualifications. The radar device must be of the type previously approved by the Courts and certificates must be shown by the state to ensure it was tested and working properly. In addition, the police officer who issued the ticket must show a valid operator’s card to ensure they know how to use the radar gun. For lasers, similar licenses and certificates must be shown. The state must also show the weather was sunny, since lasers cannot accurately give speeds in the rain or snow. The officer must also establish that the laser was used within an appropriate distance, usually 1,000 feet, to show that the laser was accurate.

Speeding tickets are more than a nuisance. Many times, people simply want to pay the ticket rather than go to Court. However, these tickets can have serious implications. It is often in your best interest to discuss your matter with a NJ speeding ticket attorney to determine the appropriate course of action, whether it is to pay it, plead it down to a lesser charge, or defend against it.

Please call Fredrick P. Niemann, Esq., a knowledgeable NJ Speeding Ticket Attorney, today toll-free at (855) 376-5291 or email him at fniemann@hnlawfirm.com. He would be more than happy to confidentially discuss your matter with you.