Do You Need a Municipal Court Attorney for a Shoplifting or Theft Charge? 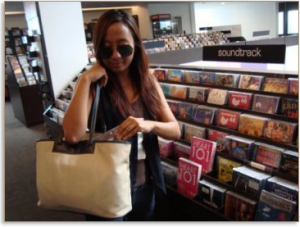 Municipal Courts in New Jersey are the home for cases involving charges of theft and shoplifting. While theft may involve something as minor as shoplifting a bag of candy from a convenience store, the consequences for a conviction of theft can be extreme. A conviction for theft in NJ Municipal Court will result in a permanent criminal record detailing the conviction, as well as fines, community service, and possibly even jail time. While a defendant may think the sentence handed down will not be harsh, it is important to understand the implications of having a permanent criminal record with a theft conviction on it.

The conviction can significantly harm an individual’s chances of getting a job, getting into a school, or obtaining a professional license. Pleading guilty to theft in Municipal Court “just to get it over with” is probably not the best decision you should make alone. It is important you seek proper, qualified representation to ensure that you are making the right decision.

Charges of Theft are Generally Tried in Municipal Court

The seriousness of the theft or shoplifting crime is determined by the value of the item or merchandise that the accused attempted to steal. All thefts of items under $200 are considered disorderly persons offenses and thus heard in Municipal Court. Any theft of an item over $200 will be heard in the New Jersey Superior Courts, as they are considered indictable crimes and thus carry a much greater punishment.

It is important to note that prosecutors may be open to allowing a plea deal in certain New Jersey theft cases. Plea deals involve the prosecution agreeing to charge the defendant with a lesser crime in exchange for the defendant’s guilty plea. In certain theft cases, this may allow defendants to plead guilty in exchange for the prosecution agreeing to drop his or her charge down to a disorderly person’s offense in Municipal Court, even if the item the defendant stole was valued at over $200. Although this automatically subjects the defendant to a guilty verdict and thus a criminal record and sentence, it also helps the defendant avoid the harsher sentence that can result from being found guilty of a more serious theft crime in Superior Court. Having a knowledgeable attorney by your side can benefit you significantly in negotiating a plea deal with the prosecution.

What is Considered Theft/Shoplifting Under New Jersey Law?

Many people are confused as to what actually constitutes theft in New Jersey. The law actually encompasses a variety of theft-related actions and is much broader than the typical person believes it to be. In fact, there are multiple of different statutes that a person can be charged with depending on what type of theft is committed. In fact, theft and shoplifting are entirely separate statutes under New Jersey law.

The most common theft crimes are theft of movable property, theft of service, theft by deception, and receipt of stolen property. Theft of movable property is the typical crime one thinks of where someone steals a movable item that isn’t theirs. Theft of service(s) usually involves stealing telephone or cable T.V services that one has not paid for. Theft by deception involves giving a false impression to another to obtain the property of another, such as pretending to be collecting money for charity for example. Finally, receipt of stolen property involves simply receiving property that one knows was stolen, even if the receiver did not steal it themselves. Receipt of stolen property is a typical example of a crime that many falsely believe to be legal. These are only some of the many laws specifically related to thefts in New Jersey. Keep in mind that all thefts must involve less than $200 worth of stolen items to be considered a disorderly persons offense and tried in Municipal Court.

New Jersey also has statutes that are specific to the crime of shoplifting. The five basic types of shoplifting under New Jersey law are: (1) purposely taking merchandise from a store; (2) concealing merchandise; (3) altering a price tag; (4) transferring merchandise to another container; and (5) a cashier charging less than the price they are supposed to. Shoplifting crimes are similar to theft crimes in that they must involve less than $200 worth of merchandise in order to be considered a disorderly persons offense. All items over $200 will be considered indictable offenses and subject to trial in Superior Court.

There are numerous laws involving minor theft and shoplifting crimes, many of which are not listed here. It is best to consult an experienced Municipal Court Attorney if you would like any further information, as they are familiar with the specific state laws and can tell you what does and does not constitute a theft or shoplifting crime in New Jersey.

What Must a Prosecutor Show at Trial to Prove Theft?

In Municipal Court, as in all trials, the burden is on the prosecution to prove that a person committed the crime with which they are charged. In order to do so, the prosecution must prove the accused committed all of the “elements” of the crime. The specific elements of the crime are unique to each crime, but this typically means that the prosecution must prove a number of different facts for the accused to be found guilty. This usually works in the defendant’s favor, as an experienced Municipal Court Attorney is able to take advantage of the fact that the prosecutor may not have strong evidence pertaining to one or more of the elements.

As mentioned before, there are many different theft-related crimes. Each crime may have different elements unique to it, such as receipt of stolen property. It is best to consult a knowledgeable Municipal Court Attorney to discuss the specifics.

The Elements of a Theft Charge

In general, a theft charge has three basic elements. The prosecution must show (1) The defendant knowingly and unlawfully took or exercised control over movable property; (2) The movable property belonged to another; and (3) The purpose of the defendant taking the property was to deprive the other person of such property. Once again, the prosecution must prove all three of these elements in order for a defendant to be convicted of minor theft.

If you have any further questions regarding theft charges and shoplifting charges, or the different elements of specific crimes, please contact Fredrick P. Niemann, Esq. immediately toll-free at (855) 376-5291 or email him at fniemann@hnlawfirm.com.

What Type of Sentence is Given to Those Convicted of Theft or Shoplifting?

As previously mentioned, the Municipal Court is home to disorderly persons offenses. For theft and shoplifting charges, this means the property stolen is less than $200. There are different penalties and sentencing options associated with each crime, depending on which particular law one is accused of violating. However, disorderly person’s offenses carry a maximum jail sentence of six months.

For theft convictions, sentences generally encompass a fine, additional court costs, possible jail time, community service, and possible restitution paid to the victim. The fine will be up to $1,000, in addition to the court costs and restitution the individual may be required to pay. Courts also generally favor community service as they do in shoplifting cases. Judges have a lot of discretion to determine the sentence for the offender in theft cases, as they do in shoplifting cases. The judge will determine each sentence based on the facts of the case and other factors, such as the seriousness of the crime, past criminal history of the defendant, and other circumstances unique to the case.

Arguably the most significant penalty associated with a minor theft or shoplifting conviction is the fact that it results in a permanent criminal record. A conviction on your criminal record can hurt your chances of getting a job, getting into a school, or getting a professional license. When you have a criminal record, employers and others are able to access it at all times and see your criminal history. Theft and shoplifting convictions can be especially damaging, as employers often may believe that you may steal from them if they hire you. It is important to hire an experienced Municipal Court attorney to help fight these charges and minimize the penalties resulting from a conviction.

Minor Theft and Shoplifting charges in New Jersey are no joke. Municipal Courts take these charges very seriously, as should you. It is important to have a knowledgeable NJ Municipal Court Attorney by your side throughout your trial. Please call Fredrick P. Niemann Esq., an experienced Municipal Court Attorney, today toll-free at (855) 376-5291 or email him at fniemann@hnlawfirm.com. You’ll find him non-judgmental, easy to talk to and more than willing to discuss your case.