Do You Need a NJ Municipal Court Attorney for a Harassment Charge? 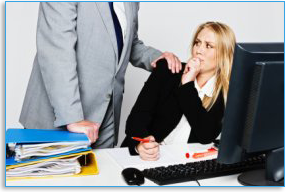 In New Jersey, a harassment charge is a disorderly persons offense, meaning the Municipal Court will have jurisdiction. A harassment charge can originate from a simple fight between two individuals, a damaged relationship between friends, a formerly intimate relationship, especially a girlfriend-boyfriend or ex-spouse, or from a number of other circumstances. This is a charge that must be taken seriously.

What Type of Conduct is Considered Harassment

A harassment charge gives a prosecutor a lot of discretion. For this reason, New Jersey harassment laws are broad, stating a person will be guilty of harassment if he or she:

As you can see, all three parts of the statute are relatively vague. The third element in particular says harassment can be any other “alarming conduct” that has the purpose to alarm or seriously annoy another person. The broad-based language entitles prosecutors to charge harassment for a variety of offenses that are unlisted in the statute. Luckily, the New Jersey Courts have made it clear that certain facts must be shown in order for you to be convicted of harassment. The Court has stated that “intent” must be shown, meaning you must have had as your purpose the harassment of another person when committing the harassing act. Also, New Jersey Courts have stated that the victim must be disturbed, irritated, or bothered to a consequential degree, meaning the Courts will look at the impact that the conduct had on the victim in determining whether the conduct qualifies as harassment or not. Obviously, these determinations can be extremely subjective, meaning the Municipal Court Judge will determine each charge on a case-by-case basis. Since the prosecutor (remember he or she is a lawyer) can make a strong case for harassment based on the broadness of the statute, it is of the utmost importance that you have an experienced harassment defense attorney by your side to defend against these charges.

What Penalties May Result From a Harassment Conviction?

Convictions in Municipal Court are significant and a harassment conviction is no exception. The Judge can sentence you (if found guilty of harassment) for up to six months in prison, impose a fine of up to $1,000, assess numerous court fees, and require a certain number of hours of community service. Additionally, you will have a conviction for harassment placed on your permanent criminal record. This record can be seen by all future employers, schools, and professional licensors, making it more difficult for you to get a job, get into school, or get a career license. A harassment charge on your permanent criminal will have an impact that will not disappear unless you petition for and are successfully granted an expungement. You are not eligible for an expungement until 5 years later. For more information on expungement in New Jersey, see our website at www.njexpungement.us or, call Fredrick P. Niemann, an experienced municipal court attorney today toll-free at (855) 376-5291 or email him at fniemann@hnlawfirm.com. You can meet privately and confidentially.

Don’t place your future up in the air by failing to defend yourself to the best of your ability.

Why Is It Important to Have a Good Lawyer to Defend Against a Harassment Charge?

As previously discussed, we have seen the broadness of the New Jersey Harassment statute. Each case, therefore, comes down to the Municipal Court’s subjective interpretation of whether the conduct allegedly committed by you constitutes harassment under the statute. Because of the broad language, prosecutors have the discretion to claim certain actions are harassment, even when a normal person would not think of them as such. Without proper representation, the prosecutor often has an easy path to a harassment conviction. Without an experienced New Jersey harassment Municipal Court attorney that is able to prove your actions do not constitute harassment, you will be left to yourself and the Judge.

Harassment charges in Municipal Court need to be taken seriously. Because of the broad statute, it is important to have an experienced New Jersey attorney by your side to defend you against a harassment charge. Call Fredrick P. Niemann, Esq., a knowledgeable Municipal Court attorney, today toll-free at (855) 376-5291 or email him at fniemann@hnlawfirm.com. He is happy to meet with you to discuss your case