Appeals to the Appellate Division from Final Judgments, Decisions, and Actions of the Superior Court 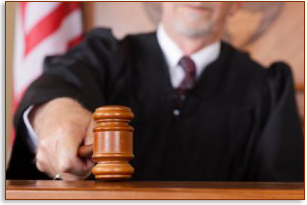 You have a right to file an appeal to the Appellate Division of the New Jersey Superior Court when: (1) A final judgment has been entered by the Superior Court, the Tax Court and by any trial court except a municipal court; (2) A final decision(s) or action(s) of any state administrative agency or officer has been made or where appeals to the Appellate Division are expressly permitted by New Jersey.

Otherwise, appeals may only be taken to the Appellate Division by permission granted by the Appellate court, mostly in extraordinary cases and/or when the interests of justice requires relief from a final judgment of the Superior Court – Law Division, Family Part, Chancery Division, or where the jurisdiction of the court, agency or an officer is questioned on substantive grounds. The intention of the rule is that appeals be brought when circumstances are compelling, when an issue of public interest is clearly present, or when a party believes the lower court made an incorrect decision.

Nevertheless, a party is permitted to appeal to the Appellate Court where there is a compelling public policy or public interest issue or question at stake. It is also well settled that in order for a judgment or an order to be eligible for an appeal it must be a final judgment, as to all parties and all issues in dispute in the lower court.

The Process of Appealing A Superior Court Decision

First of all, I just wanted to thank you so much for the time, and most of all, for the knowledge, concern and support you so generously gave me during our meeting on May 26, 2010. I walked out of your office feeling much more confident and very relieved. I’m not sure how you will take this, but you are an extraordinary human being and the antithesis of the stereotypical lawyer. A usually skeptical person, I trusted you from the moment I shook your hand! In addition, every member of your staff with whom I came in contact with was courteous, respectful, and helpful. You and your partner have created a very special environment, and you should be commended.

What Does an Appellate Court Consider in an Appeal?

The Record on Appeal – Contents of the Trial Record. The record on appeal and the only record considered by an Appellate Court consists of all papers on file with the lower court (or courts) or agencies involved, the stenographic transcript, testimony of the proceedings, and all papers filed in the case. In their review an appellate court will not ordinarily consider evidence which is not part of the record before the lower court.

Will an Appellate Court Allow a Party to Correct or Supplement a Lower Court Record?  Filing a Motion to Settle the Record

Supplementing an Administrative Agency Record Before the Appellate Court

Maybe important evidence was omitted from your case. If so any time during the pendency of an appeal from a state administrative agency, if it appears that undisclosed evidence in the proceedings may be material to the issues on appeal, the appellate court, on its own motion or on your motion, may order, on such terms as it deems appropriate, a supplement of the record by taking additional evidence and making additional findings of fact or, in exceptional instances, by a judge of the Superior Court especially designated for that purpose. An application to supplement the administrative record must be made by formal motion prior to the court’s consideration of the merits of the appeal.

Understanding the Way an Appellate Court Will Decide Your Case

In reviewing summary judgment orders entered by a lower court Judge, the Appellate court will apply the same legal standard that was used by the trial court, but the Appellate Court is allowed to come to a different legal decision and reverse the decision of the lower level court. This is an important second chance to get the right result in your case if an injustice was done to you earlier.

Punitive Damages. The summary judgment standard discussed above applies to the trial court’s decision to impose or not to impose punitive damages. But the punitive damages award itself is subject to a “brand new” review by the appellate review.

Attorney’s Fees on Appeal – An application for attorney fees for legal services rendered on appeal can be made by either party to the case by the filing of a motion with the Appellate Court. The intention of the rule is to permit the award of counsel fees in all cases in which the trial court is authorized to award fees. Fees may be allowed by the appellate court in its discretion.

An agency’s determination of a strictly legal issue, not involving either interpretation of its enabling legislation or the exercise of its purported agency “expertise”, is not given deference, by the appellate court who will consider those issues on its own and make an independent review and analysis.

Interested in filing an appeal to the Appellate Division of the New Jersey Superior Court or a NJ administrative agency?

Then contact me personally today to discuss your appeal matter. I am easy to talk to, very approachable and can offer you practical, legal ways to address your appeal.

You can reach me toll free at

or e-mail me at