When, Where and Who to Serve Your Notice of Appeal From a Municipal Court Decision 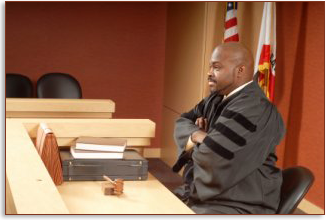 “If you’re convicted of an offense in Municipal Court, you are entitled to file an appeal for post-conviction/judgment relief. Post-conviction relief means either a “stay” of the enforcement of penalty, fines or jail or a reversal of some aspect of the decision made by the judge. An appeal must generally be filed within a limited time period of conviction, sentencing or imposition of fines, although the time limitation can be relaxed by the judge under certain defined circumstances. However, an appeal to correct an illegal sentence can be filed by a defendant at any time.

Your attorney must file a post-conviction/judgment appeal with the municipal court administrator and serve a copy on the municipal prosecutor.

The Contents of Your Notice of Municipal Court Appeal

If you file an appeal, the contents of your notice of appeal must identify the facts and law upon which you believe a reversal is warranted, the legal grounds in support of your position and the particular appellate relief you are seeking.

Strong, confident, no nonsense. That was my Hanlon Niemann lawyer when I needed representation in a motor vehicle, municipal court case. My attorney, Ms. Bonnie Wright, was on top of everything. I left the court room satisfied with the outcome and extremely pleased I had selected Hanlon Niemann.

Grounds for Filing an Appeal of a Municipal Court Decision

“An appeal for post-conviction relief or a judgment of a municipal court can be based on any of the following grounds: (1) substantial denial of your rights under the Constitution of the United States or the Constitution or laws of New Jersey; (2) lack of jurisdiction of the court to impose the judgment or sentence rendered by the judge; (3) imposition of a sentence or fine in excess of what the law allows; or (4) any ground available as a basis for attack on a conviction under New Jersey common law or statutory law.

If you want to reopen a prior conviction or modify it for sentencing purposes, ask these questions. If the answer to any of these questions is Yes, the municipal court with proper legal representation may set your conviction aside and order a new trial:

Did you receive effective assistance of counsel in your municipal law proceedings?

Another aspect of post-conviction/judgment relief which an attorney should evaluate is the prejudice from a wrongful conviction. The Supreme Court of New Jersey has determined that there is a fundamental injustice if the prosecution or the Municipal Court Judge abuses the process under which you were convicted or, absent conscious abuse, he or she inadvertently makes an error whether mistakenly imposing a finding of guilt or otherwise.

Did the Municipal Court Advise You of Your Right to Appeal Your Conviction, Fine(s) and Sentence?

The law requires that you be advised of your right to appeal the judge’s decision following a conviction, etc. In addition, he or she must advise you of the right to counsel on that appeal if you cannot afford one.

The New Jersey Supreme Court has held that not advising a convicted defendant of a right to appeal and right to counsel to prosecute that appeal is a deprivation of the right to effective assistance of trial counsel and is reversed.

Standard of Appellate Review of a Municipal Court Decision

Many post-conviction appeals concern whether the entry of your guilty plea was made voluntarily, knowingly, and intelligently. Before a municipal court judge can accept a guilty plea, he or she must follow certain requirements, including addressing you as the defendant personally. This is because a guilty plea means you lose your presumed innocence until the Judge determines guilt beyond a reasonable doubt. A guilty plea is tantamount to conviction.

New Jersey requires its municipal court Judges to give meticulous protection to all persons who plead guilty, emphasizing the necessity that you as a defendant understand the consequences of your plea. Failure to comply with the rules regarding the acceptance of a guilty plea, namely that a plea be understandably and voluntarily entered, is a failure of due process. It is a fatal omission.

Guilty pleas will be accepted by all municipal courts in the state after certain requirements have been met. This is because a guilty plea requires you to waive important constitutional rights, including the right to avoid self-incrimination and to confront your accusers. Where little or no advice is given concerning the entry of the guilty plea and where none or only some of the requirements of our court rules are met, the plea must be set aside.

The Court’s Findings of Fact and Conclusions of Law

After undertaking a thorough review of all the evidence, facts and law, the Superior Court will state its findings of fact and conclusions of law on the record in court and will enter a decision on the conviction, judgment or sentence and any other provisions as relates to re-arraignment, retrial, custody, bail, discharge, correction of sentence, fines, penalties, etc., or as may be required. If an appellate court subsequently determines that a plea of guilty was accepted without an adequate factual basis, the plea, the judgment of conviction and the sentence will all be vacated, the dismissed charges re­instated, and the defendant allowed to re-plead and proceed to a new trial.

Then contact me personally. I am easy to talk to, very approachable and can offer you practical, legal ways to handle your appeals.

You can reach me toll free at

or e-mail me at