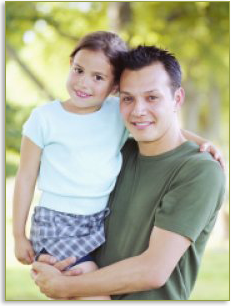 Q: How can my spouse adopt my child from a previous relationship?

A: Adoption laws vary a lot from state to state, and adoption is an area of law where technical compliance with the law is very important. You’d be wise to at least consult with a qualified New Jersey adoption attorney for specifics about the law in New Jersey.

If the parent won’t sign the document, a New Jersey court will need to approve the termination of the parent’s relationship and rights.

Even where the parent has consented in New Jersey, a court will need to find the adoption to be in the child’s best interest. The factors the court will look at vary. The stability of the custodial parent’s marriage is one factor.

The adoption will normally terminate almost all ties that the parent has to the child and provide those ties to the adoptive parent. These ties include rights to custody and visitation, the obligation to provide support, and, frequently, inheritance rights of the child and the adults.

Q: Can I collect child support from the biological father if my husband has adopted my son?

Q: Will I be able to contact my grandson after he’s adopted?

Because adoption law and grandparent rights law is almost entirely state law, you really should consult with NJ adoption law attorney, Fredrick P. Niemann at (855) 376-5291 or email him at fniemann@hnlawfirm.com.

Q:  With a Stepparent Adoption, What are the Rights of Grandparents of a Child in NJ?

A: Grandparent Visitation Rights are Protected in NJ

Grandparents of birth parents have protected rights to visitation of their grandchildren if visitation is in the best interest of the child.  An adoption by a stepparent cannot alone extinguish a grandparent’s statutory right to visitation nor can an adoption eliminate a grandparents’ visitation rights though they can arguably affect those rights.  Thus, the Courts in New Jersey have permitted grandparents to intervene in adoption cases since they have an interest that may be prejudiced or affected by the entry of a judgment of adoption.

Q: I was adopted shortly after my birth. Am I able to access my adoption records?

A:  Adopting a child from another state is permitted in New Jersey through interstate compact governing the placement of children (ICPC).  The ICPC applies when a child is to be moved across state lines to be adopted. The ICPC requires that the sending agency notify the appropriate public authorities in the receiving state of its intention to place a child in that state.   In New Jersey, the authority to be notified is the Department of Human Services.

Do you have questions about adoption in New Jersey?  If so, contact Fredrick P. Niemann, Esq. toll-free at