The longer you delay, the more likely it is you’ll lose your parental rights

As a Child’s Birth Parent, You Have Many Rights in a NJ Adoption 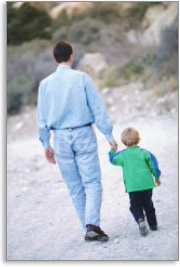 The termination of parental rights is tough emotionally for the biological parents.  A parent may be conflicted about their ability to raise their child, the emotional impact of being “adopted” upon the child in the future, and the long-term consequences of the decision. Then there are legal proceedings filed by parties to terminate the parental rights of the biological parents, both the mother and the father. Birth parents often feel hopeless and coerced into deciding, but as parents, you need to understand how your decision will affect your rights now and in the future.

Voluntary or Involuntary Termination of Parental Rights Under NJ Law

When giving a child up for adoption voluntarily, NJ requires the “consent,” or agreement, of the birth parents (both birth parents), or the child’s legal guardian. The law requires that consent be in writing and confirmed before a judge of the NJ Superior Court or other designated official.

As I indicated, this consent involves the child’s biological mother and biological father (if paternity has been established). However, if the biological parents have already lost or terminated their parental rights, or if the parents are deceased, consent must be given by:

NJ law bans the use of any “coercion” to relinquish a birth parent’s rights. Coercion in the context of a NJ adoption can include threatening a birth parent to give up his/her parental rights, lying about the circumstances of the potential adoption, and shaming a parent into giving up their child. Any activity that even borders on coercion can jeopardize the validity of an adoption.

In a contested adoption between a biological parent objecting to the adoption by a prospective adoptive parent, the standard applied by the NJ courts is ”the best interests of the child”.  The best interests of a child require that a parent affirmatively demonstrate their ability to perform the role of being a parent.  These duties include financial support and care of a child, demonstration of a continuing interest in the child, (including love and affection) and establishing a place of emotional importance in the child’s life.

A judgment of adoption will be entered over the objection of the natural parent if a court finds during the six (6) month period prior to the placement of the child for adoption (or that one hundred twenty (120) days after the birth of a child), (whichever occurs first), that (1) the objecting birth parent(s) has substantially failed to perform their parental responsibilities, or (2) the objecting parent is unable to perform the expected parental functions of care and support of the child it is unlikely to change in the immediate future.

If you have questions about the rights of birth parents in the NJ adoption process, contact Fredrick P. Niemann, Esq.

By law, in New Jersey both parents must consent to a child’s adoption. However, if the biological father is absent, his identity unknown, he is not told about the pregnancy or he doesn’t object to the adoption, then the adoption can proceed and his parental rights terminated. NJ has created two classifications for birth fathers in adoption cases: Marital (presumed father) and non-marital (also known as the “alleged” father). Each has different rights, responsibilities and proofs in a contested and non-contested adoption case.

Rights of the Presumed Father

A presumed father has the same legal rights as a mother. He is entitled to custody and his parental rights must be terminated before an adoption can take place.

The Rights of Alleged Fathers

If the birth father is an alleged or non-marital father, he is entitled to official notice of the adoption plan. In New Jersey with a paternity listing on a child’s birth certificate, registration gives a man, at the minimum, an automatic right to notice. An alleged father must generally take legal action, such as a paternity suit, to gain any parental rights.

There are rare instances in which the birth father is unknown, or the birth mother refuses to disclose his identity. Notice of the proposed adoption must still be undertaken.

For children conceived via anonymous sperm donors, the process of freeing the child for adoption again varies by state. In NJ for example, the donor typically has some rights if the insemination was done under a doctor’s supervision (i.e. visitation and child support).

Finally, more than one man may be involved in any birth father’s rights case. A child may have more than one presumed father and any number of alleged fathers. How this gets sorted out depends on the state that is controlling the termination of parental rights.

Are you a father with questions about the rights of biological fathers in the NJ adoption process? Contact Fredrick P. Niemann, Esq. toll-free at

to schedule a consultation about your particular rights. He welcomes your calls and inquiries and you’ll find him easy to talk to and very approachable.