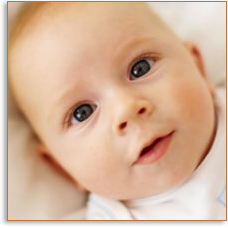 Baby M (born March 27, 1986) was the pseudonym used for Melissa Stern, the child in an American custody case between the birth mother and the child’s sperm-donor father.

From Wikipedia, the free encyclopedia

Mary Beth Whitehead, the genetic mother, was artificially inseminated with William Stern’s sperm, becoming surrogate mother of the child. Whitehead had responded to an ad in the Asbury Park Press that was seeking women willing to help infertile couples have children. Despite what was stated in the surrogacy contract, Mr. Stern’s wife, Elizabeth, was not infertile but had multiple sclerosis and was concerned about the potential health implications of pregnancy. A medical colleague had warned her that his own wife, who also had multiple sclerosis, had suffered temporary paralysis during pregnancy.

On March 27, 1986, Whitehead gave birth to a daughter, whom she named “Sara Elizabeth Whitehead.” Within 24 hours of transferring custody to the Sterns, Whitehead returned to ask for the baby back and threatened suicide. Whitehead then refused to return the baby to the Sterns and left the state, taking the infant with her.

In 1987 New Jersey Superior Court judge Harvey R. Sorkow awarded custody of Baby M to the Sterns under a “best interest of the child analysis”, validating the surrogacy contract.

The case attracted much attention, as it demonstrated that the possibilities of third party reproduction had novel legal and social ramifications. The case exposed the dilemma of a birth mother created by contractual agreements and biological bonding. The case also split feminists who, on one side, argued that a woman has rights to her own body (that is, that she can decide to be a surrogate if she wishes), but who were also sensitive to the issue of potential exploitation. The surrogacy arrangement was heavily criticized.

Mary Beth Whitehead later wrote a book about her experience. Additionally, an Emmy-award winning 1988 television movie about the case was featured, starring Jobeth Williams as Whitehead.