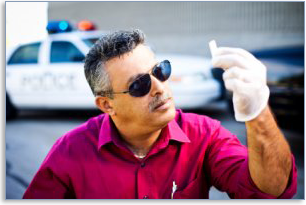 Knowing when to file a motion to suppress evidence in Municipal Court can be the difference between winning and losing your case. The power to suppress improperly obtained evidence offers a key strategy and limitation on the prosecutor and helps guarantee your rights to a fair trial. When a motion is properly filed by the defense counsel and granted by the Municipal Court judge, it often provides a significant advantage to your case and sometimes can even force the prosecutor to dismiss your charges. Missing an opportunity to suppress the prosecutor’s key evidence is a mistake that cannot be underestimated. It is essential that you have a qualified New Jersey Municipal Court Attorney who is aware of what evidence should and should not be allowed into your trial and when to move to suppress improperly obtained evidence.

What is a motion to suppress evidence?

For those who are unfamiliar with the subject, a motion to suppress evidence is an application made by legal defense counsel during a trial to challenge the admission of evidence based on legal grounds. In other words, when the prosecution attempts to bring evidence into the case against you, your attorney says that the evidence was not legally obtained and cannot be admitted in your case to convict you. The state and the police must follow the constitution and case law of New Jersey when they seize evidence to use against you in court. If they violate these rules and procedures, the evidence is not admissible to be used against you at trial.

Unfortunately, sometimes illegally obtained evidence is presented to the court and used against a defendant without the defendant’s attorney objecting. This often occurs when the defendant has an inexperienced attorney who is unfamiliar with state and federal laws pertaining to the offense charged. An inexperienced municipal court attorney may incorrectly believe that improper evidence is allowed into the case or may simply not even know the basis to challenge the evidence at all. If defense counsel does not object to the illegally obtained evidence, it is waived and will be used against you. This can be a critical error that often results in a person being convicted of an offense they otherwise would have been found not guilty.

How does a motion to suppress evidence work?

The Municipal Court system of New Jersey has formal procedural requirements that must be followed throughout a trial. These rules pertain to all motions being filed by both the prosecution and the defense, including a motion to suppress evidence. If you do not file your motion to suppress evidence at the appropriate time, the evidence may be allowed into the trial and used against you, regardless of whether or not it was legally obtained.

Procedurally what happens is that the prosecution first brings a charge against you in Municipal Court and sets forth before the Judge what evidence he or she will use against you during the trial. After the prosecution sets forth the evidence, you must file a motion to suppress evidence before it is presented to the Judge at trial. Each side will file a written brief with the court. In their respective briefs, the prosecution will justify the inclusion of the evidence against you and justify the action taken by the police in order to seize such evidence. Your attorney will state the reasoning for suppressing the evidence, which typically originates from police conduct and violations of statutory, or case law and the constitutional rights of the accused in seizing the evidence.

Why is a proper motion to suppress evidence essential?

As previously mentioned, a proper motion to suppress evidence can prove to be the difference between winning and losing your case. Evidence such as incriminating documents, breathalyzer results, weapons, drugs, and confessions can all be suppressed if proper procedures were not followed by the police, no matter how incriminating the evidence may be against you. If the police violate your constitutional rights, the state is not entitled to benefit from such a violation by using the evidence seized against you. However, it is often up to your defense attorney to recognize the illegal seizure by the police and set forth in detail the basis for the motion to suppress evidence. If your attorney does not recognize the illegality, such evidence may be used against you throughout the trial which often can result in you being convicted of a crime that you otherwise would have been acquitted of.

Attorneys often refer to key evidence as the “smoking gun”. This nickname is given to evidence that, if admitted, will ultimately prove the guilt of the defendant by itself. Basic examples of a smoking gun may include a murder weapon with the defendant’s fingerprints on it or a breathalyzer taken of the defendant that reads over the BAC limit. While the smoking gun “evidence” may clearly implicate you, it is not always properly seized. Regardless of how obvious a defendant’s guilt may appear due to such evidence, if it was seized in violation of your constitutional rights it cannot be used in New Jersey Court. Successfully suppressing such evidence can cripple the prosecution’s case against you and often result in the dismissal of your case.

The most common constitutional right violated is that guaranteed by the Fifth Amendment, the right against illegal search and seizure. Under the Fifth Amendment, the police must have a warrant to search and seize your possessions, unless a particular exception exists. All warrantless searches are presumed to be invalid, thus placing the burden of proving a valid exception existed on the prosecution. An experienced Municipal Court attorney will realize when your constitutional rights are violated and move to suppress the evidence seized. Without properly recognizing a violation of your constitutional rights, you may be allowing a key piece of evidence to be used in convicting you of a crime you should be acquitted of.

A quality Municipal Court defense attorney can make all the difference.

Please contact Fredrick P. Niemann, Esq. toll-free at (855) 376-5291 or email him at fniemann@hnlawfirm.com to discuss your Municipal Court matter today. You will find him easy to talk to in private and in total confidence.